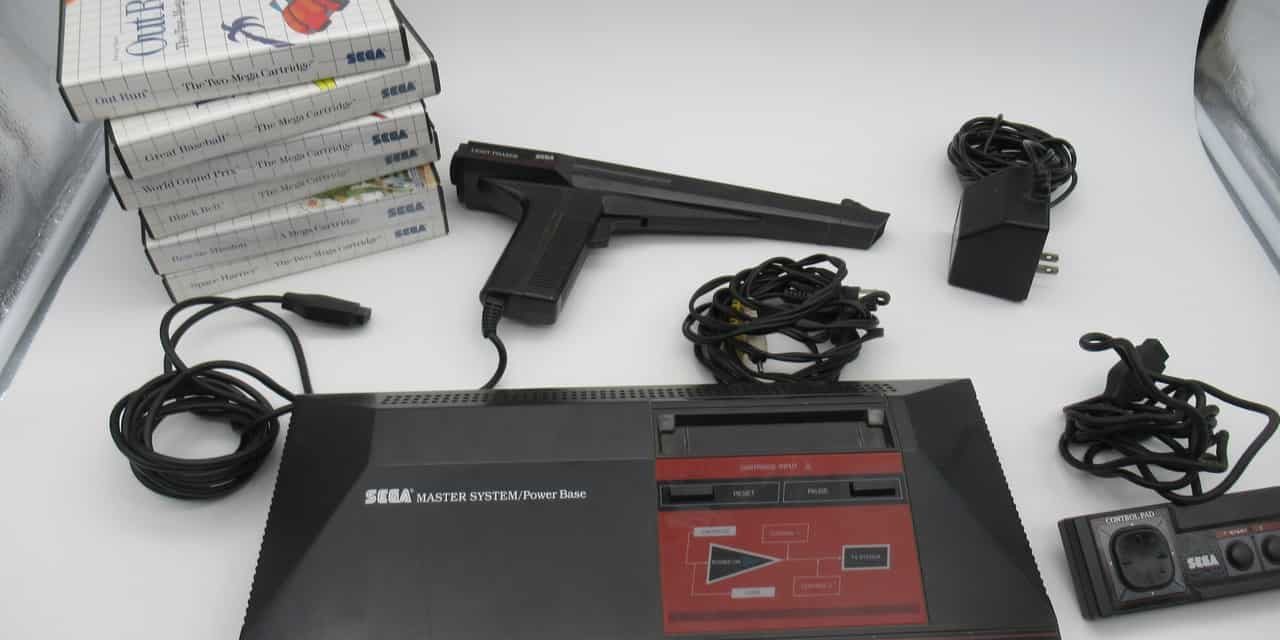 Welcome back to Consigned, Cool, & Collected! This week, we’re looking at Sega’s original worldwide gaming console: the Sega Master System. Often eclipsed by its younger sibling The Sega Genesis (which could famously do “what Nintendon’t”), the Sega Master System is a fun little system! So what don’t you know about it?

Sonic The Hedgehog WASN’T Its Mascot! 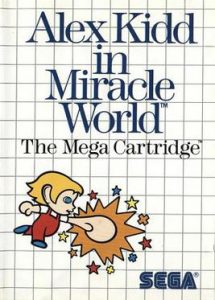 Sonic the Hedgehog, complete with rude ‘tude, debuted in 1991. That’s five years after the Sega Master System launched and two years after the Sega Genesis came out. His predecessor as the company’s mascot was Alex Kidd, who starred in six games between 1986 and 1990 (five on the Master System). Alex is the orphaned prince of the kingdom of Radaxian, who was raised in isolation on Mount Eternal. He’s mastered the martial art of Shellcore, which lets him embiggen his fists to smash rocks (and bad guys).

Alex’s adventures would see him do things as fantastic as returning stolen stars to the sky and as mundane as trying to reach a new arcade before it closes. You really get the sense that he was a bit of tabula rasa that could be slotted into the starring role of Sega Master System games. Which, to be fair, describes NES-era Mario too.

Its Accessories Could Be Downright Dangerous!

There are two major accessories for the Sega Master System: The 3-D Glasses and the Light Phaser. The 3-D glasses use an active shutter 3D system that is only compatible with tailor-made games. Basically, images for the left or right eye appear in quick succession while the glasses electronically block the lenses in the same pattern. Unfortunately, it was designed for old school CRT TVs and doesn’t work nearly as well on modern TVs. Without them, games are in a doubled up “drunk vision”. 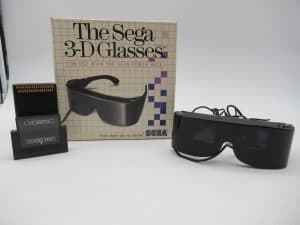 The Light Phaser, on the other hand, was the Sega Master Syetm equivalent the NES Zapper. It’s a sleek, jet black ray gun that reads like from the TV (again, specifically CRT TVs) to interact with compatible games. Specimens produced after 1988 have the orange tips required of all modern toy guns. Which is probably for the best, because a Brazilian man used one to hold a woman hostage for ten whole hours back in 2009!

It Gave Us Some ICONIC Sega Franchises! 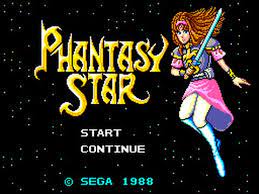 Shinobi is the home version of the blockbuster hit arcade game. However, it doesn’t rest on its laurels: it introduced the concept of a health bar to the game. From a practical perspective, this is an anti-frustration feature. In the arcade, the number of quarters in your pocket was your life bar. Since plunking quarters into your home console is generally not advised, something had to change.

Everything mentioned in this article is crossing our auction block this Saturday! Want the Sega Master System itself? One with all the necessary cables, a controller, a Light Phaser, and even some games can be found in Lot #36a! Did the 3-D glasses sound fun? Lot 250a gets you a pair and several compatible games. Wanna play as Alex Kidd? Lot #285a gets you the first two. Interested in Phantasy Star? That’s Lot #290a. Shinobi? Paired with Wonder Boy in Monster Land in Lot #14a. Best of all, each and every one has been tested and found to be working. As soon as these lots are in your hot little hands, you can be playing them.

As you can see, Retro Gaming is definitely in our wheelhouse.If you’ve got a collection of stuff like this collecting dust (that’s bad for the contacts!) in your basement, we’re happy to help you bring it to market. And if you’re looking for a quote or comment from experts in this field (and most other collectibles arts), feel free to comment below or hit us up on socials @b2pcollect!

What Makes Collectibles Worth Money?
March 9, 2022