Were There Mortal Kombat Toys in the 90s? 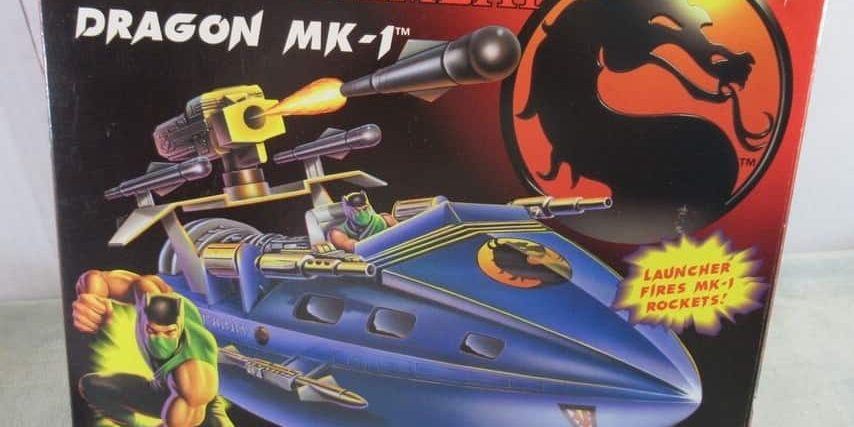 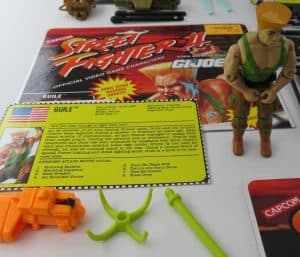 Back in the 1990s, two fighting game franchises dominated the arcade scene. They were, of course, Japan’s Street Fighter series and our homegrown Mortal Kombat franchise. The original Street Fighter game was released in 1988, but nobody really cares about it. Street Fighter II was released in 1991 and was an immediate smash hit. That one game was ultimately a franchise unto itself, releasing updated versions with new features and characters into 1994. Its last major update is 2003’s Hyper Street Fighter II: the Anniversary Edition, a console port that returns to homes this Friday with the Capcom Fighting Collection.

In 1992, the American answer to Street Fighter II hit arcades. Named Mortal Kombat and heavily inspired by martial arts cinema, it used digitized graphics of actual stunt performers to create its characters. It also used those graphics to depict some of the most gory violence ever to appear in arcades up to that point. Finishing moves called “Fatalities” allowed characters to rip out their opponents’ beating hearts or dangling spines. The mothers of America clutched their pearls while the teens of America made it a massive hit. Sequels would follow in 1993 and 1995, using the same digitized graphics and over-the-top gore. 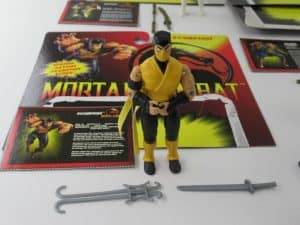 Scorpion from the Mortal Kombat toyline.

Being the top fighting games of the mid-90s, there was a rivalry between the two franchises. It was made explicit in a famous TV commercial for Street Fighter II‘s home release. Both games would go on to spawn movies, cartoons, and action figures.

Hasbro Plays Both Sides of the Arcade Machine

Despite the rivalry between the two franchises, their early toys come from the same source. In fact, some action figures were made using the same parts! Hasbro produced toylines for both franchises in 1993 in their iconic 3.75″ scale. Characters from both games were made using sculpts from the G.I. Joe: A Real American Hero line with new paint jobs and heads. They even had G.I. Joe styled filecards about the characters!

In fact, the Street Fighter II range is fully part of the Joe line, bearing the logo on the packaging and file cards. The Mortal Kombat figures, by contrast, use the bodies and have filecards but don’t use the G.I. Joe branding. One imagines that this was due, at least in part, to the massive controversy surrounding that game. Hasbro would do anything to revive their flagging brand, but they won’t do that. 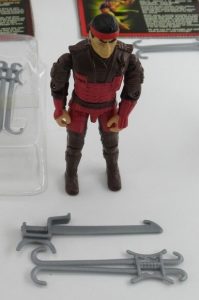 Neither one lasted beyond the initial wave of figures and vehicles, but both would be revived with new paint jobs and some new sculpts as movie tie-ins. Further, the Movie Edition of Mortal Kombat’s Shang Tsung was a brand new figure in every way. See, Hasbro had developed a new version of the G.I. Joe team’s samurai Budo before cancelling the line in 1994. With some tweaks to planned color scheme (and nothing else), Budo became Shang Tsung for 1995. That figure is sought after by G.I. Joe collectors as a result.

Why They Failed Then

We think that there were two major factors in the relative failures of both the Street Fighter II and Mortal Kombat toylines:

Why They’re Worth Money Now

The loose and not-necessarily complete specimens from both toylines in our auction on June 11 sold for approximately $13 per figure for a total around $350. They are the very definition of “small but solid value adds up fast”. Complete or even unopened specimens can go for more, but these toys in general aren’t currently plentiful on the secondary market. Why?

Why is that? Well, both franchises are going strong. Street Fighter VI is coming out next year and Mortal Kombat 11 was released in 2019. A whole generation of gamers, including myself, grew up on both franchises. And now those people want collectibles. While modern figures certainly exist for both franchises, vintage specimens like the Hasbro toys bring an additional nostalgic touch for lifelong fans.

But they’re relatively hard to come by. They didn’t sell well back in the day, and most of the ones that did sell were used and abused like most toys. Since the pool was small to begin with, display-worthy specimens are even less likely to be found. It’s a tricky needle to thread, but sometimes those failed-on-arrival toys can end up being notably valuable. That’s why it’s always a good idea to let experts like your pals at Back to the Past have a look at your collection before carting it off to goodwill.