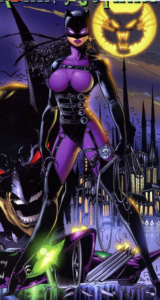 Welcome back to Strange Times & Places, where I once again found it easier to work reading some comics into my schedule rather than watching a movie or binging a TV show. Today, we’re looking at the really uneven two issue mini-series Catwoman: Guardian of Gotham.

It is an Imaginary Story, where in the early life circumstances of Bruce Wayne and Selina Kyle are flipped.

Selina “Catwoman” Kyle is the well-established defender of Gotham City, taking her Catmobile from Kyle Manor to answer Commissioner Gordon’s Cat Signal whenever a supervillain threatens the city. This stable arrangement is threatened when a violent psychopath arrives in town and starts making a play for underworld dominance – the murderous Batman. But Selina can take some comfort in the arms of her new beau, a man she can even share her double life with…Bruce Wayne. Uh-oh. 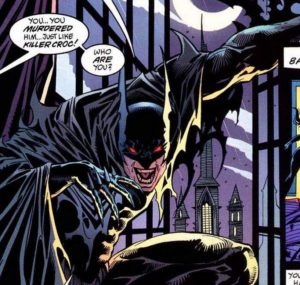 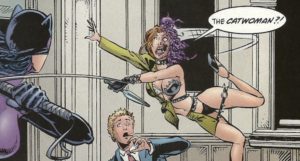 Come Back Next Week to Find Out If I Get It Together Enough to Review a Movie!