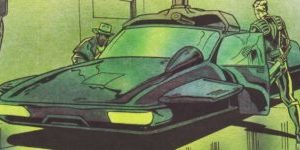 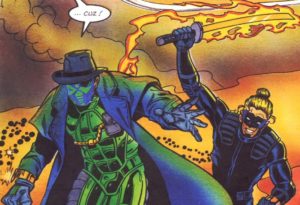 Welcome back to Strange Times & Places, where last week’s story gave me a hankering for more of those at least some of those of those characters: 1993’s Green Hornet: Dark Tomorrow.

I would term this an Imaginary Story, being as it’s a possible future that may or may not come to pass.

Clayton Reid, the grandson of the “modern” (read: 1990s) Green Hornet and Crimson Wasp, has taken up the family business as the fifth Green Hornet. However, unlike his predecessors, he doesn’t just pretend to be a crime boss – he actually is a crime boss. His cousin Luke Kato comes gunning for him at the same time that the Steel Syndicate (robotic gangsters) makes a play for his empire, and the family dispute will have to wait until the ruthless robots are dispatched. 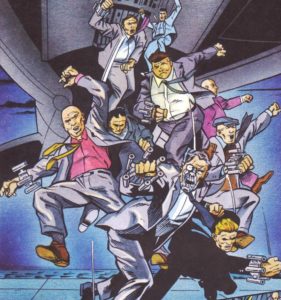