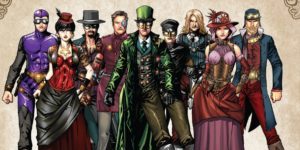 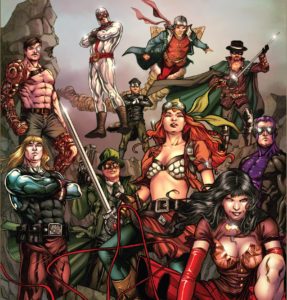 Welcome back to Strange Times & Places, where today we’re looking at one of the oddest AU stories I’ve encountered to date. Legenderry: A Steampunk Adventure takes nine licensed heroes who don’t typically share a universe and puts them together in, shockingly enough, a steam punk world.

…I’d say Imaginary Story for this one. While the setting has a clear For Want of a Nail vibe (more on that later) and all the characters have basically their standard backstories but in a Steampunk world (nominating it for Royale with Cheese), but the utter randomness of the crossover aspect propels it into the realm of kids playing with action figures. 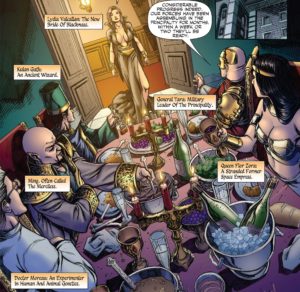 are mysteriously identical men trying to kill her. Third, both of these problems are tied to a conspiracy far beyond her understanding. To solve her problems, she will have to embark on a voyage from end of the land of Legenderry to the other, enlisting the aid of its most powerful heroes to unravel the mysteries before her.