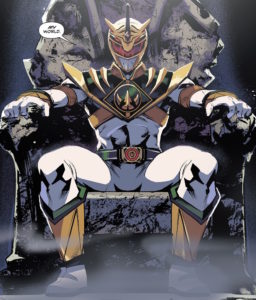 Welcome back to Strange Times & Places, where I must apologize for my sudden two week absence – my computer unexpectedly broke down on me. Today, we’re going to be doing a little mash-up with Tokusatsu Gesundheit as we look at the alternate world portrayed in Boom! Studios Mighty Morphin’ Power Rangers #9-16 and 2017 Annual!

It’s a For Want of a Nail story, in which Tommy Oliver – the legendary Green Ranger – chose to continue working for Rita Repulsa after the Power Rangers free him from her mind control. With arguably their most powerful ranger and most skilled fighter staying on the side of the Evil Space Aliens, things go…poorly. 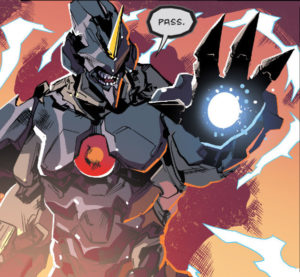 Rather than talk too much about actual story (which is a fairly standard “main universe heroes show up in dystopian alternate and tip the scales” a la A Better World Part 1 & 2, Justice League: Crisis on Two Earths, Injustice: Gods Among Us, The Wild Wipe Out, and many more), I wanna look at the world it takes place in. 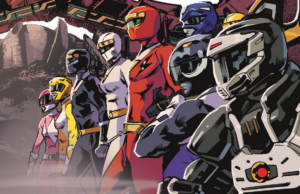 Come Back Next Week (I promise) for a new installment of Scripting Errors!