The Value of a Glossy Sticker 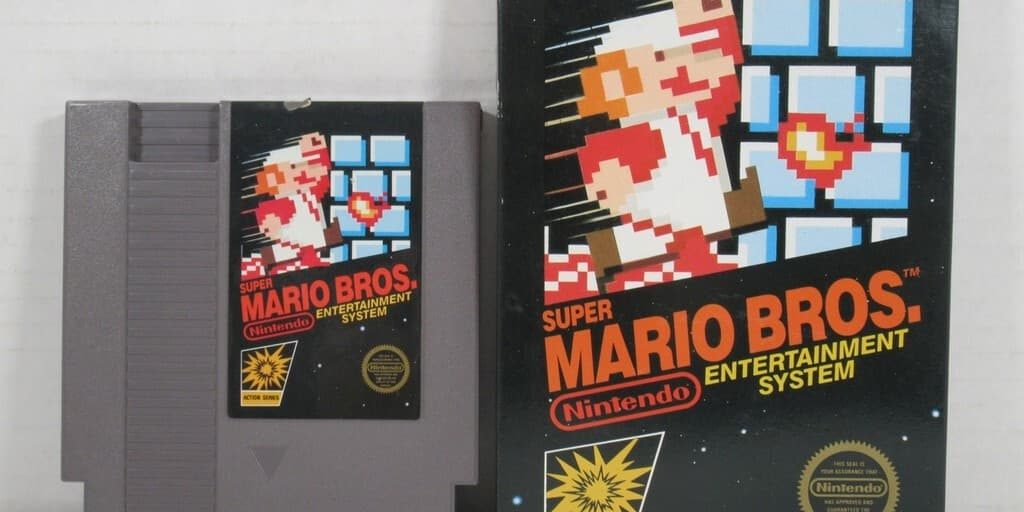 Welcome back to Hammer Drops! In this column, Back to the Past share our decades of expert collectibles knowledge with you. This week’s topic takes up back to our June 18, 2022 auction and asks the question: What is the value of a Glossy Sticker?

Side note, if you’re a vintage video game collector, you will absolutely want to check out our July 30th auction session. It’s got games, systems, and accessories from the second though seventh generation home consoles! Plus a choice selection of handheld consoles and games. How cool is that?

We’ve written before about the Video Game Crash of 1983. Basically, a glut of poorly made games, too many competing and rebadged systems, and a total lack of quality control destroyed the American home video game market in 1983. That wasn’t the case in Japan, where playing card manufacturer turned video game company Nintendo released their first video game console that same year. Named the Famicom (a portmanteau of “Family Computer”), it was a major hit. 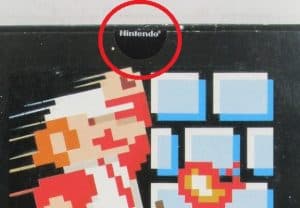 The very sticker we’re talking about here. A small detail, but a key one.

Naturally, the American market proved hard to crack. Burned by unsold merchandise after the crash, major retailers were unwilling to carry video game systems. Nintendo’s first move was the adapt the hardware to arcade machines, introducing their games directly to players. Nintendo then drastically redesigned the system, making it front loading and conservatively colored like a VHS player. The Nintendo Entertainment System was ready for the American market.

Well, ready for test markets at least. New York came first, followed by Los Angeles. Nintendo distributed the system and all ten launch titles to these test markets, including Super Mario Bros. These test market games were packaged differently from the later wide release versions. Instead of being shrink wrapped, Nintendo sealed them with a single sticker bearing their name. The first wave of test market copies were sealed with a matte sticker. The second run, including the LA batch, got a glossy sticker. 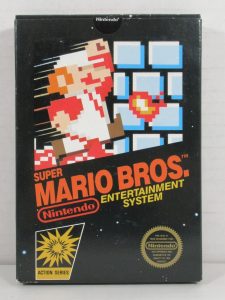 Fun Fact: The actual gameplay graphics on the covers of early NES games were a big part of gaining retailer trust.

Between the two runs it is estimated that no more than 10,000 copies were made for each game. That’s approximately 0.02% of all Super Mario Bros. cartridges sold for the NES. An open-but-complete copy of the mass production version of this game sells for $150-200. Our test market copy, missing its instruction manual, sold for $5,500. Sealed and graded specimens of the same have sold for $140,000.

A box being sealed with a sticker is a small detail. It is absolutely the kind of thing the untrained eye overlooks. The relative few folks who kept their video game boxes generally didn’t preserve the shrink wrap, so who’s going to notice the presence of a sliced sticker? An original owner who retrieved their collection from mom’s attic won’t recall that kind of detail from when they were a kid. Someone disposing of an inherited collection may have never handled a video game before in their life. But serious collectors know the difference, and they’ll pay well for it.

But the part-timer working the counter at a chain GameStore might not! Not to throw shade on our bothers and sisters in retail, but being versed in current games doesn’t equal vintage expertise. They generally know, and can pay, exactly the evaluation that corporate gives them. Gamers who are in-the-know will bring their vintage video games to folks like us here at Back to the Past, true experts that will make sure the right people can find your collection.

Want more tips on spotting the little differences? Our auction whiz Pete Johnson has a couple of great videos doing just that over on our TikTok! And if you want a comment or quote on something we’ve written about, we’re always available! We can be found dang near everywhere as @b2pcollect.