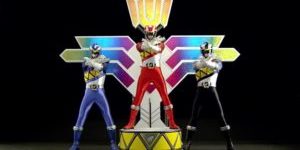 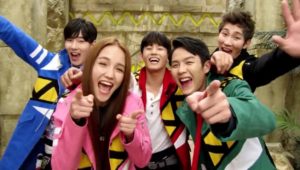 Welcome to Tokusatsu Gesundheit, where today we head west across the Sea of Japan in order to watch an originalish Korean tokusatsu – Power Rangers: Dino Force Brave!

The NeoDeboth Army is threatening Earth seeking the power of the Dinosaur King, sealing away its guardian Power Dinos to clear their way. The mentor of the original Dino Force, Torin, returns from the afterlife…somehow in order to recruit five new heroes to battle this emerging threat! 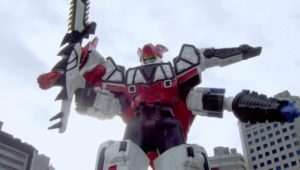 From 1993 to the end of its original run in 2009, the American Power Rangers series aired in South Korea to strong success. When Disney cancelled the show and its Korean distributors, Daewon Media, found themselves cut off from American adaptions of Japanese programming to dub into Korean, they simply went to the source and started dubbing Super Sentai into Korean directly while still calling it “Power Rangers” This practice has continued to the present due to the revived American series lagging two or more seasons behind Japan. 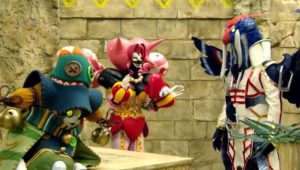 The show is pretty fun, though it’s shortened running time certainly helps highlight that it’s meant for children. It’s major drawback is that it’s so strongly based on the Korean dub that there are aspects of the mythos – ones that seem to be taken by the creative team as givens – that are unrecognizable to even someone who’s seen all of Kyoryuger (such as myself).

Come Back Next Week for Another Installment of Strange Times & Places!