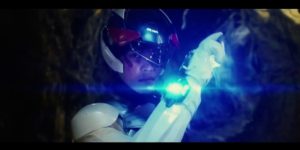 Welcome to Tokusatsu Gesundheit, where we’re looking at a slightly different kind of Tokusatsu today. Gatchaman is the big (for Japan) budget adaptation of a classic anime (which was brought over to the U.S.A. as Battle of the Planets (70s), G-Force (80s), and Eagle Riders (90s)), which heavily influenced Super Sentai and as such bears a strong resemblance to the franchise when adapted into live action.

A mysterious alien virus is converting human beings into biomechanical creatures called Galactors. Lead by the villainous Berge Katse and a select few commanders who have retained their individuality, the Galactor hive mind has conquered most of the Earth (leaving Japan one of few free zones). Five young people of Japanese descent have been found to be compatible with power stones that counteract the virus, and use the power of these stones to become the Science Ninja Team Gatchaman! 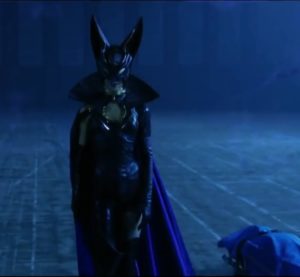 Their nemesis Berg Katse, who is less gender bend-y than the original.

Gatchaman was a creation of Japanese animation studio Tatsunoko Production that aired in Japan from 1972 to 1974. It produced two sequel series before the 70’s were out and an Original Video Animation in the 90’s, so one assumes that it was a fairly big hit. It’s most recent revival saw episodes released about a year ago, but this film is based on that original series.

Don’t worry, their airplane is actually meant to catch fire.

It’s a little boring, unfortunately. They clearly blew their budget on the big opening action sequence (which at one point blatantly copies the ring-around-the-heroes shot from Avengers) and the big finale. Everything in between is, well, a lot of standing around talking with a smattering of small action sequences tossed in. The big opening and the big finish are really good though, so it averages out to be pretty entertaining.

NEXT WEEK: We visit China to watch the Tokusatsu rip-off Super Inframan (which we talked about in my last blog series).