1 out of 5 – Would Recommend: The Super Inframan 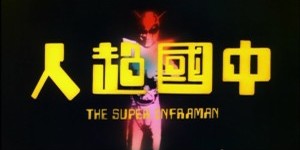 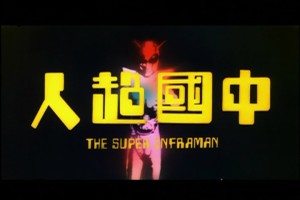 Welcome back to 1 out of 5 – Would Recommend, where weird foreign knock-offs are appreciated. Today, you’ll learn about the 1975 melding of Tokusatsu and Shaw Brothers chopsocky, The Super Inframan!

When an army of monsters from Earth’s core wages war on mankind, Earth’s most brilliant scientist turns a member of its defense forces into the mighty cyborg Inframan! With his solar ray, thunderball fists, and unexplained ability to grow to giant size, it’s up to The Super Inframan to save all mankind!

Who Made This Work of Genius?

The Shaw Brothers, the prolific kung-fu movie producers whose work would go on to inspire the likes of Quentin Tarantino and The RZA. But what’s just as important here is what they were cribbing from here: Japanese Tokusatsu super-heroes shows, most specifically Kamen Rider and Ultraman. If your interests align just right, that makes this a true peanut butter cup of 70’s pop culture.

NEXT WEEK: We take an overdue trip to The Asylum with their mockbuster hit, the newly released Avengers Grimm. 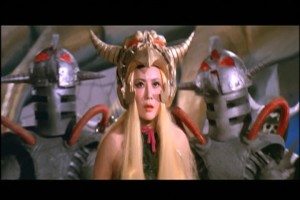 Princess Dragon Mom is a Monster I’d Like to Fight.