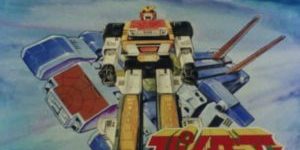 So what’s the new blog about?

It’s a Japanese portmanteau (those being popular in Japan, apparently) of the words “tokushu satsuei”, which literally translates out to “special filming”. In Japan, it refers to any filmed production that relies heavily on special effects (meaning that the Marvel Cinematic Universe and the Supergirl TV series would qualify, as I understand it) but here in the U.S.A., it mostly means Japanese stuntmen in rubber suits stomping through miniatures of cities.

Yes! My love affair with the genre began on August 28, 1993, when I watched the very first episode of Mighty Morphin’ Power Rangers, but toku had been hitting American shores since 1956. While Godzilla had been a staple of kid friendly cinema since the 50s and shows like Ultraman and Johnny Sokko and His Flying Robot had made it over in prior decades, Power Rangers touched off a minor tokusatsu craze in American pop culture – at least seven series in the genre, including both adaptations of Japanese material and original American shows, aired between 1993 and 1998. All of those Japanese-styled special effects must have warped my little mind, since I’ve had an abiding fondness for the stuff ever since.

Metal Heroes (VR Troopers and Beetleborgs in the U.S.)

So what will be reviewing?

Movies and TV shows (sometimes episodes or arcs, sometimes whole series) from the tokusatsu genre. In addition, a little primer on the history of a given franchise (Kamen Rider, Super Sentai, Metal Heroes, Godzilla, Ultra Series, etc.) will be given wherever possible.  I hope you enjoy it!