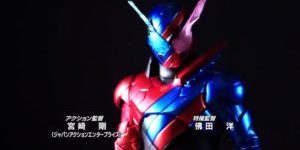 Welcome to Tokusatsu Gesundheit, where today we are once more looking at a currently airing Tokusatsu series! This time, we’re checking out the first six episodes of Kamen Rider Build, airing as part of the recently-moved Super Hero Time block in Japan.

Ten years ago, a manned expedition to the planet Mars (undertaken by Japan, because this is Tokusatsu) brought a mysterious artifact nicknamed “Pandora’s Box” to Earth. Like its mythological counterpart, Pandora’s Box proved ruinous for mankind – in this case, erecting an impermeable barrier called the Skywall that divided Japan into three nations and unleashing powerful monsters called Smash upon them. Today, amnesiac physicist/inventor Sento Kiryu (AKA Kamen Rider Build) and fugitive ex-fighter Ryuga Banjou must team up to unravel how the Skywall Tragedy, Pandora’s Box, and the Smash link to their own troubles in order to regain their memories (Sento) and clear their name (Banjou). 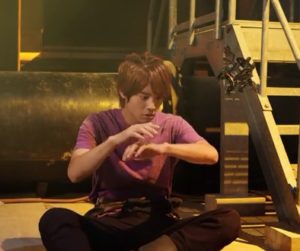 This series is the 19th of the revived Kamen Rider franchise, the 28th overall, and the last to air totally in the Hesei era (Emperor Akihito will be abdicating the throne in 2019, meaning the next series will straddle Japanese historical eras). It’s also the first series to air at 9 AM following SHT’s shift from 7:30-8:30 AM to 9-10AM. 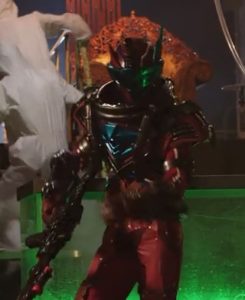 Blood Stalk, the Rider-like primary villain of the show. His name sounds like a euphemism in English.

So far, I’m really digging the show. We’ll check back in around the halfway point to see if that’s still true.