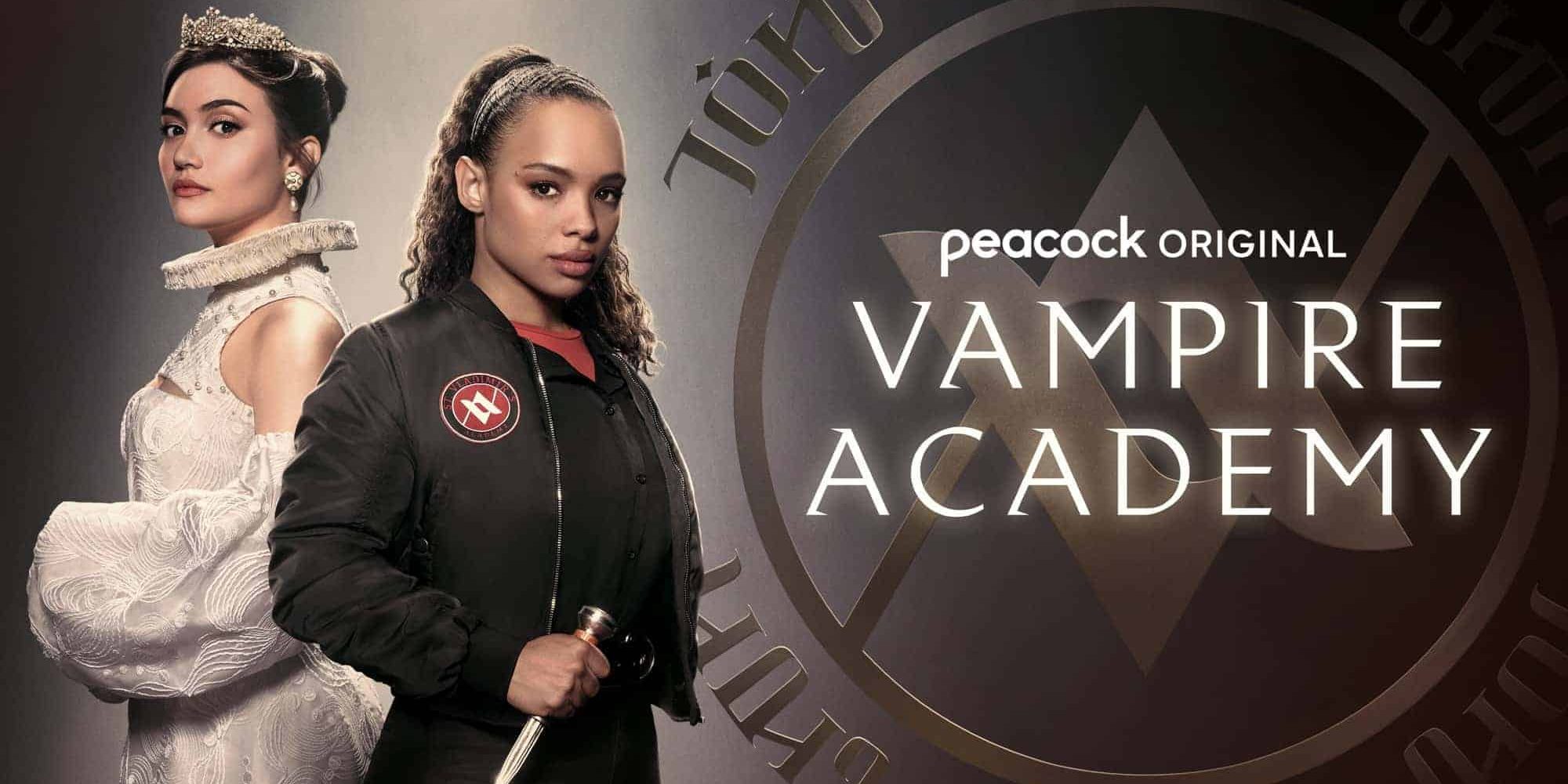 A new TV series based on the novel series Vampire Academy debuts this Thursday on Peacock! We actually enjoyed the movie, being from the writer of Heathers and director of Mean Girls, and wish this TV series luck that the flick just didn’t have. But it got us thinking: since when do vampires go to high school? What happened to “Sleep all day. Party all night. Never grow old. Never die. It’s fun to be a vampire.”? Our pop culture sleuths are on the case!

Type One: The Vampire Academy

The first kind of vampire high school is the one by vampires and for vampires. Y’know, like the one in Vampire Academy itself. In these worlds, vampirism is a heritable trait. Vampires are born as babies, develop into teens, and eventually mature into adults. Naturally, these vampires need to attend some sort of school. Puberty stinks, we imagine it would stink even harder if you had unquenchable bloodlust and unnatural powers. 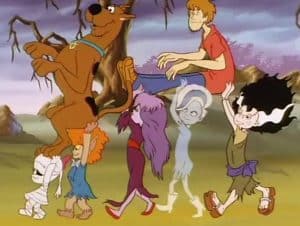 So where does this idea come from? Well, the earliest mainstream portrayals of “monsters in school” appear to spring up in the late 80s. The earliest school-set tale could find is Mini-Monsters, a cartoon about the children of famous monsters attending summer camp alongside normal kids. It aired as part of Rankin-Bass’ anthology The Comic Strip in 1987. The following year the release of Scooby-Doo and the Ghoul School, a TV movie about Scooby and Shaggy getting jobs at school for the daughters of famous monsters. That was followed by Gravedale High, a series in which a nerdy teacher (voiced by Rick Moranis) taught a troubled class of monsters.

The genre lays mostly dormant for about twenty years after that. Then, the pop culture phenom that is Twilight sparks a massive wave of youth-oriented vampire stories. Indeed, The Vampire Academy novels themselves started coming out in 2007, with a total of six hitting shelves by the end of 2010. Researching this piece, most of the “school for vampires and/or other monsters” stories we found debuted in 2010. 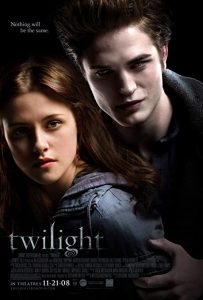 Twilight, or “How To Squander Two Amazing Actors”

The second, and more famous, type of “vampires in school” story is that of vampires attending normal high schools. In these stories, vampires are made by other vampires rather than being born. The “good” vampires, like the Cullen Family or the Salvatore Brothers, try to blend in with humanity. The ones turned young do this by attending high school as normal students.

Which is perfect for the tween and teen audience that these stories are made for, but drives most adults batty. Picture it: you’re immortal. You’re ageless. You don’t even burst into flame in direct sunlight! What do you choose to do with that? If you say “spend 180 days a year among teenagers as their peer for decades on end”, you’re a lunatic! The teenage vampires of The Lost Boys dropped out of school pretty immediately after being turned, which really seems like the right play, to us.

The earliest version of this plot we could find is The Vampire Diaries, which debuted as a book in 1991. It is the story of high school student Elena Gilbert, who finds out that her classmate Stefan Salvatore is actually a 500 year old vampire. They become romantically involved, fight evil vampires, etc. It did well enough to tell a four-book story, but didn’t make much of a pop cultural impact.

And then comes Twilight in 2005. It tells the story of Bella Swan, new girl in town, who discovers that her classmate Edward Cullen is one of a family of vampires. The movie, cast with incredibly pretty young actors, hit theaters in 2008 and brought the phenomonen to a fever pitch. That lead directly to the publication of nine more Vampire Diaries novels AND the creation of a TV series. 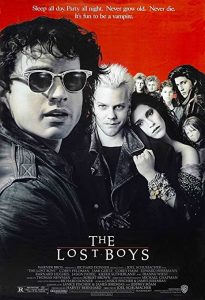 The only teen vampires that get it right, in our opinion.

Vampires Will Stay In School Forever

The Vampire Diaries TV series ran for a total of eight seasons and spawned two spin-offs, the second of which ended earlier this year. Amusingly, that second spin-off was about a school for young supernatural creatures. That’s right, the genre codifier for “vampire hiding in normal high school” lead directly to a series about a vampire academy! The two types of “vampire in school” story are closely related, as you need teenage monsters to tell either one.

And it’s not shocking they’re such a big deal! Teens are the target audience of most fantasy romance, so those stories have protagonists they can project onto. That’s why Bella Swan is simultaneously described as average and awkward (most teens feel that way) but able to command the attentions of a super hot vampire. For the cartoons and kiddie books focused on younger audiences, creators have the ability to tell a fantastical story grounded in an environment their audience knows – school! All the better, these stories have the potential to create a new generation of horror hounds.

If your a horror hound with a collection you’re looking to sell, we want to talk to you! While the official “spooky season” is starting, we all know that the creepy and macabre are a year ’round fascination for millions of fans. And if you want a comment or quote on something we’ve written about, we’re always available! We can be found dang near everywhere as @b2pcollect.