What Are Error Copies & Recalled Comics? 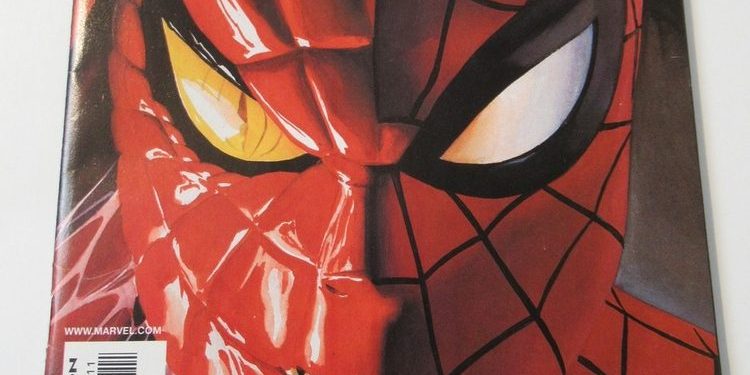 Welcome back to Hammer Drops! Each Wednesday, Back to the Past’s crack team of collectibles experts share our decades of collective wisdom with you. To help keep things on track, we illustrate our lessons with examples from recent auctions. This week is no different, with us explaining the value that can be found in mistakes and slip-ups in comic books. 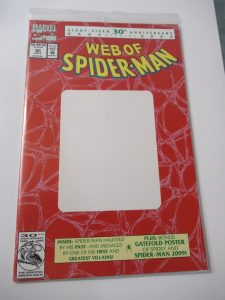 The 1990s were an infamous time for gimmicky comic covers. From chromium embossing to die-cut images to being printed on acetate, comic companies were doing anything and everything to make their covers stand out on crowded new issue racks. And one such gimmicks, used by Marvel’s 30th anniversary issues like Web of Spider-Man #90, was to paste a holographic sticker on the cover after it was printed.

The particular copy of Web of Spider-Man #90 that recently came through our auctions was an error copy. This means that something went wrong at the printer when it was being created. When you print thousands upon thousands of comics, stuff like that’s bound to happen. The error in this case was that the holographic sticker didn’t get affixed to the cover. It has a blank white space in the center of the cover, looking more like a modern blank sketch variant than a 90s gimmick cover.

Now, not all printing errors will result in a valuable book. In fact, more often than not they’ll lead to a drop in value. While rarity and such is cool, collectors do care about what’s inside the comic. Most printing errors are detrimental to the story pages. Unless its a very famous error, like one that affected most of a print run, collectors will generally eschew errors that damage the comic.

Web of Spider-Man #90 is a unique perfect storm for a valuable error copy. First, the error in no way damages the comic – it is the absence of something extra. Second, it’s not the kind of error that would have been particularly desirable back in the day. We’re sure that there were more copies like this that came off the line, but most of them were probably returned to the distributor as “damaged” in favor of copies with the the then-sought-after hologram gimmick. Those factors propelled our error copy to a realized price of $425 on what is usually a $15 comic. 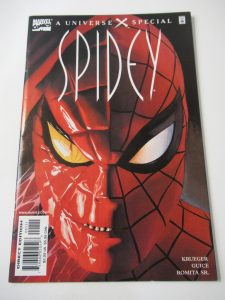 When the Editor is Asleep at the Switch

Bob Harras is a comic book writer and editor who has served as the Editor-in-Chief of both Marvel and DC Comics. His Marvel tenure ran from 1995 to 2000, notably a bit of a lost-in-the-weeds period for the company creatively. Artist Al Milgrom had worked on a couple different Spider-Man series before and after Harras’ tenure, including during some of the creative missteps on those titles attributed to Harras. He did the inks for Universe X Special: Spidey around the time Harras’ tenure ended, and he made his feelings known in the background of the issue. Across the spines of several books on a shelf, Milgrom wrote

This petty dig went right past editors Mike Marts and Mike Raicht, making it out to dealers. Luckily for Marvel, it reached dealers as part of a “First Look” program where a limited number of copies went out a week early. It was caught there, and the main print run as corrected, Milgrom got canned for the little stunt, but the relative few “Libel Variant” copies in existence have become pretty sought after. Our copy sold for $130. 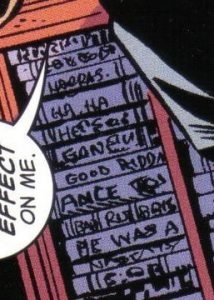 Head’s Up: Crapping on your old boss in work product is frowned upon in most industries.

An error on the part of a dealer or collector usually just ends in a tape pull or otherwise damaged comic. An error on the part of a publisher creates a rare variant. As we mentioned above, there are caveats to that wisdom. First, a one-of-kind issue that was messed up in way that damages the story will be dang near indistinguishable from a collector or dealer error that created a reader copy. A more widespread error, like scrambled or repeated pages, can create something sought after as long as the publisher’s solution to the error is to recall and pulp the run. If its a small press outfit that either couldn’t afford a reprint or just didn’t care, that’s probably just an unreadable bad comic.

On that note, our own editor-in-chief Scott Lovejoy pointed to Halle The Hooters Girl #1 from the same auction. It was recalled and pulped after Hooters came after publisher Cabbage Comics for blatantly obvious trademark infringement. While it does better than the average small press bad girl comic with a $30 hammer price, it doesn’t reach the heights that the recalled Spider-Man one-shot does. Halle the Hooters Girl is a one-off bad girl heroine. Spider-Man’s often the most profitable superhero character on the planet. They are not the same.

If parting out your collection to maximize value sounds like a major undertaking, that’s only because it often is. It can be a full time job – in fact, it’s our full time job. So when you’re ready to part with your collection, we’ll be here to help you with the hard parts of bringing it to market. And if you’re confident in your ability to handle it on your own, we’ll be dispensing advice right here every Monday in Hammer Drops.