What Do People Do at Comic Con? 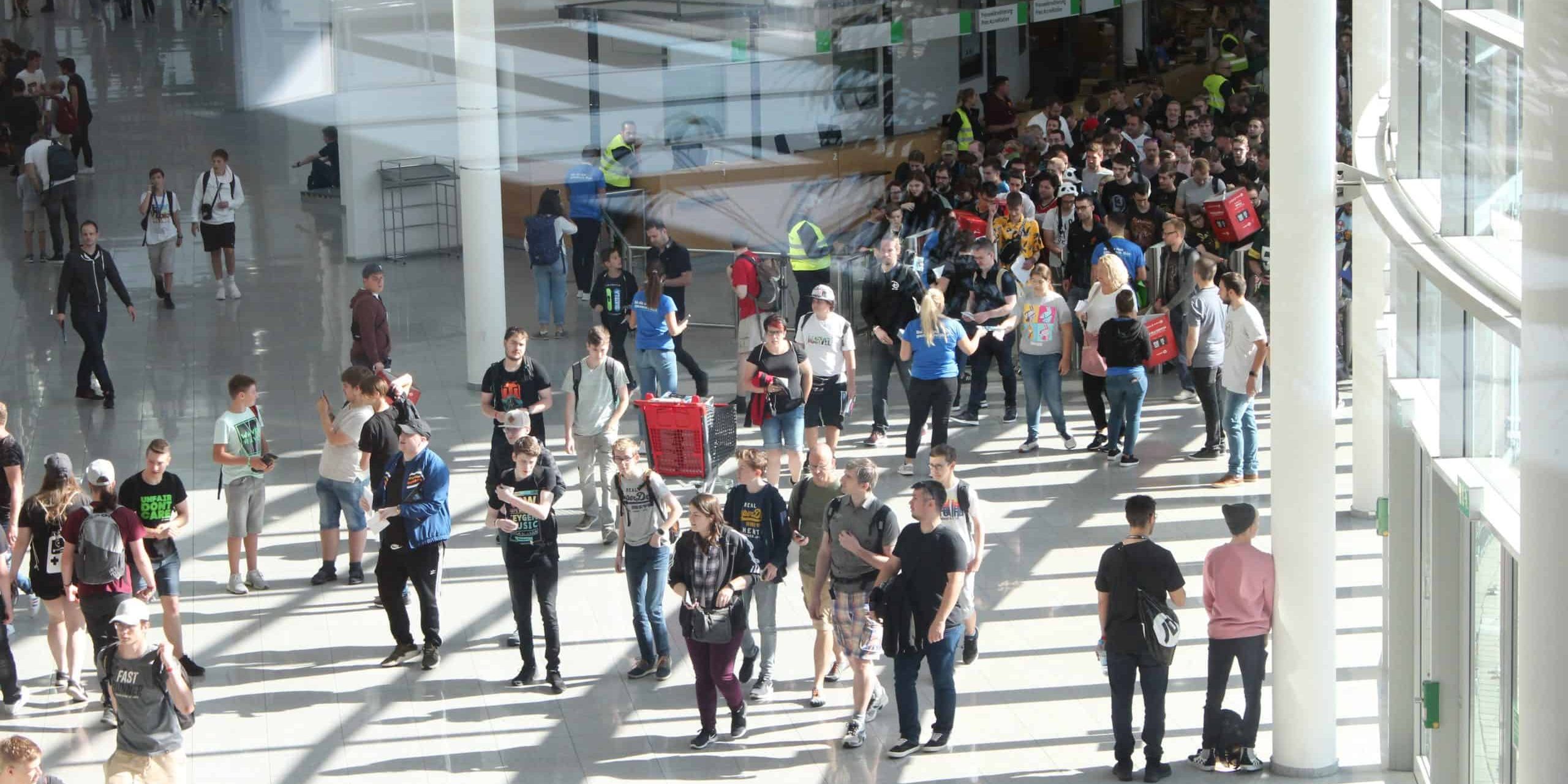 Hey there, fan boys and fan girls! Comic conventions, or comic con for short, have been around for a very long time and their popularity is at an all-time high! Starting off in hotel ballrooms and church basements (smaller shows are still there, in fact), they’ve grown in size to take up full convention centers and, in extreme cases, seemingly whole cities! They’re a blast to attend, but a lil bit intimidating for the first time visitor. Let old hands like us give you some tips on all the fun stuff there is to do!

This is, was, and always will be one of the biggest draws to attending a comic convention. In the old days, it was a way to get at back issues and other collectible goodies from dealers beyond your home town. That’s still there, but now you can usually find stuff from around the world these days.

There’s two major spots to shop at your average large con: The Dealer’s Room and Artist Alley. The Dealer Room is where comic and toy sellers, t-shirt vendors, prop replica makers, et al set themselves up. Stuff usually scattered hither and yon is all under one roof. Your finds are limited only by your bank account and trunk space! 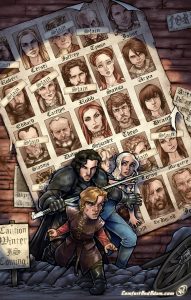 A Game of Thrones/X-Men mashup from our friends (and Artist Alley regulars) Comfort and Adam!

Artist Alley is a place where artists set up. Usually, there are at least a few big names signing comics and doing sketches. The real draw, pardon the pun, are the indie artists. Not chained to major media corporations, these smaller artists generally offer any kind of art print your heart can desire. The Punisher after Walter White? The cast of The Simpson as the Power Rangers? Superboy and Robin in a loving embrace? Somebody in artist alley’s probably already got it printed in full color on posters, magnets, or even body pillows. Even if they don’t, artist alley is the place to go. Most artists take commissions that, depending on complexity, can be finished while-you-wait.

This is an activity where your money gets spent before the con begins. Faithfully recreating your favorite character’s iconic look can get pricey, but you will look so cool doing it! But even showing up in your over-the-counter Halloween costume can make for a fun experience. Accessorizing with props is fun, but it is paramount to remember that you’ll be carrying them all day long. And, while even harder than wrangling a Dungeons & Dragons group, getting your friends together for a group cosplay is always a hit. 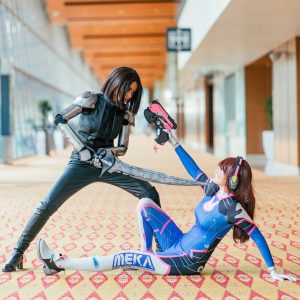 Cosplayers Posing for a Photo

Not interested in wearing a costume yourself? You can still enjoy cosplay! Most conventions have cosplay contests, where the best of the best go up against each other in an audience vote. The point of cosplay is to be seen, so most cosplayers are happy to pose for a picture on the convention floor. Remember to ask first and consider basic human courtesy – if they’re sitting down for lunch, it’s probably not the best time to ask the Sailor Senshi for a pic.

Big city comic cons always have celebrities in attendance. There’s usually a designated area for the invited guests, but dealer and artist booths can host their own signings too. Actors from classic genre franchises like The Arrowverse, Doctor Who, Lord of the Rings Star Trek, Hocus Pocus, Power Rangers, and more are regular attractions on the convention circuit. In recent years, musicians like Alice Cooper, Joey Fatone, and Meat Loaf began popping up in celebrity guest lineups.

Mind you, you will have to pay for the privilege of getting an autograph or photo opportunity. Prices vary from performer to performer, but $50 for an autograph and $100 for a photo are pretty common. Which sounds steep, but is a lot easier than staking out their hotel lobby on their next film shoot or concert tour. 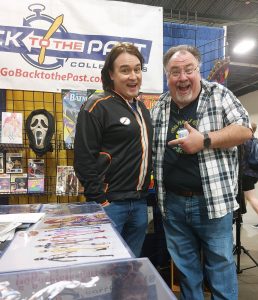 Ever wanted to ask the cast of Smallville what their favorite episode was? Get career advice from people who’ve made it happen? That’s the kind of stuff you can do at panels! Celebrity guests of all stripes host panels, usually about their work. Comic pros at all levels will do panels about how to draw, write, get publish, and otherwise make it in the comic industry. TV and movie stars field fan questions about their careers. Films will be screened, cringey fanfiction read aloud, and more fun oddball stuff will be put on by fans. Anime voice actor Austin Tindale famously travels the anime cons of North America holding panels about all the dirty jokes hidden in Shakespeare. Whatever you think is a good time, someone’s got a panel event for it.

And so, so much more!

And those are just the major draws. Plenty of cons have game (both video and board) rooms, raves, movie prop displays, group photo ops, etc, etc. There’s so much to do and see at any given con and each one is a little different. They’re a dang good time, a great place to pick up limited edition collectibles, and an indispensable part of the fan experience.