What Types of Comics Are There? Part One: Genres 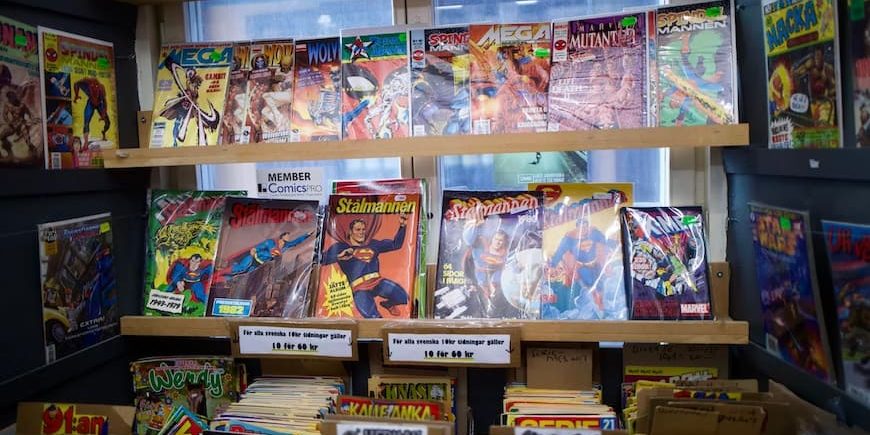 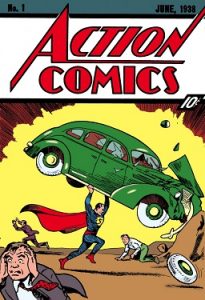 The costumed superhero is a defining feature of the American comic book. Launched in 1938 with the creation of Superman, superheroes quickly dominated the American comic book market of the 1940s. Superheroes faded from popularity as the initial comic audience grew up. More mature genres like horror and true crime replaced them for a time. The advent of the Comics Code Authority in the mid-1950s effectively defanged genres like horror and true crime, paving the way for a return to prominence by superheroes in the 1960s. They have been the dominant force in American comic books ever since. They can range from simple morality plays geared at children (like your average 1960s Batman story) or deeper stories about the human condition (like Alan Moore’s Watchmen).

You are well aware of the comics we’re talking about, because they’ve been dominating summer blockbusters for over two decades! Superman, The entirety of both the Marvel Cinematic Universe and DC Extended Universe are based on superhero comics. In the words of Stan Lee, ‘Nuff Said.

This is a super genre that encompasses a lot of subgenres. Romance, humor, memoir, anything that focuses on realistic people living their lives counts as a slice-of-life in our book. In the early days of comic books, this was primarily the domain of romance and humor comics. Heck, the two were even combined in titles like Life with Archie and Marvel’s Patsy Walker. 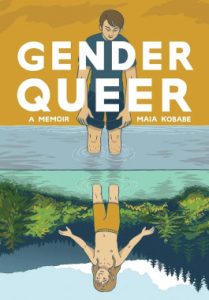 The cultural upheaval of the 1960s gave birth to the underground comix movement, which included a much more warts-and-all approach to portraying real life on the comic page. Harvey Pekar’s American Splendor popularized a frank look at ordinary life to American comics. This memoir format has been picked up by seminal graphic novels like Fun Home by Alison Bechdel, Persepolis by Marjane Satrapi, and most recently Gender Queer by Maia Kobabe.

Tales of the macabre have been a thriving genre almost since the inception of comic books. EC Comics is the most famous publisher of horror comics, bar none. Featuring titles like Tales from the Crypt and Vault of Horror, they spun gruesome tales of terror featuring twist endings worthy of Rod Serling. These comics were so daring, and popular, that they caused a firestorm of controversy. This resulted in the creation of the Comics Code Authority in the mid-50s and the almost complete obsolescence of the horror genre.

Until the late 60s, when they made a massive comeback. Between the loosening of CCA restrictions and the advent of code-exempt black-and-white magazines, horror comics rose from their grave. Moreover, the fantastical nature of horror stories allowed them to be slotted into the dominant superhero universes of the big two. Characters like Morbius the Living Vampire, Swamp Thing, and many more are a product of such horror/hero hybridization. 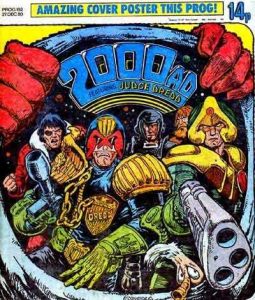 Did you know that Superman was originally devised by his creators Joe Shuster and Jerry Siegel as a sci-fi story? Superman was even the bad guy. It’s true! We’re glad that they changed their minds, but we mention it to establish the longstanding place pure science fiction stories have held in comics. Prior to the creation of the Fantastic Four, sci-fi tales were the bread and butter that kept Marvel going through the first great comics industry crash in the 1950s. Hank Pym, the character known today as the original Ant-Man, first appeared as a hapless scientist accidentally shrunken to ant size in a tale reminiscent of The Incredible Shrinking Man. He didn’t even think about using formula to fight crime until his second appearance!

This genre is arguably the dominating one in the U.K.’s comic industry. At the very least, most of the U.K. comics to cross the pond have been sci-fi tales. Judge Dredd, V For Vendetta, Death’s Head, and more are tales of killer robots, post-nuclear futures, and strange mutants that originated in the United Kingdom.

This is a genre that has largely fallen out of fashion, but still has its place in the comic genre pantheon. Starting in the 1950s, comic book companies started telling fictional tales of military bravery set during World War II. This proved quite popular with the young children of ex-G.I.sThe genre remained a vibrant one even through the tumultuous Vietnam War era. Marvel’s Sgt. Fury and His Howling Commandos war comic would go on to become the backbone of their SHIELD vs. Hydra spy tales set during the “modern day” (I.E, the 60s to the present).

As baby boomers get older and World War II gets more distant, war comics have fallen out of favor. The TV coverage of the Vietnam War alerted the American people the horrors of modern warfare, and the ever-present threat of nuclear annihilation dampened public enthusiasm for armed conflict. That said, tales of valor and bravery against terrible odds continue to have their place in the comic book industry.

We haven’t even covered crime stories, westerns, fantasy, pulp adventures, martial arts adventures, etc., etc., etc. See, comics books – like film and television – come in as many genres as humans have invented for storytelling. When humanity invents a new genre, we right a comic book using it. Heck, even a few musicals have gotten comic book adaptations!

If you’ve got a collection of comic books that you’re looking to sell, no matter how you categorize them, back to the past is here to help you do it! And if you want a comment or quote on something we’ve written about, we’re always available! We can be found dang near everywhere as @b2pcollect.