When Will Comic Book Movies Stop? 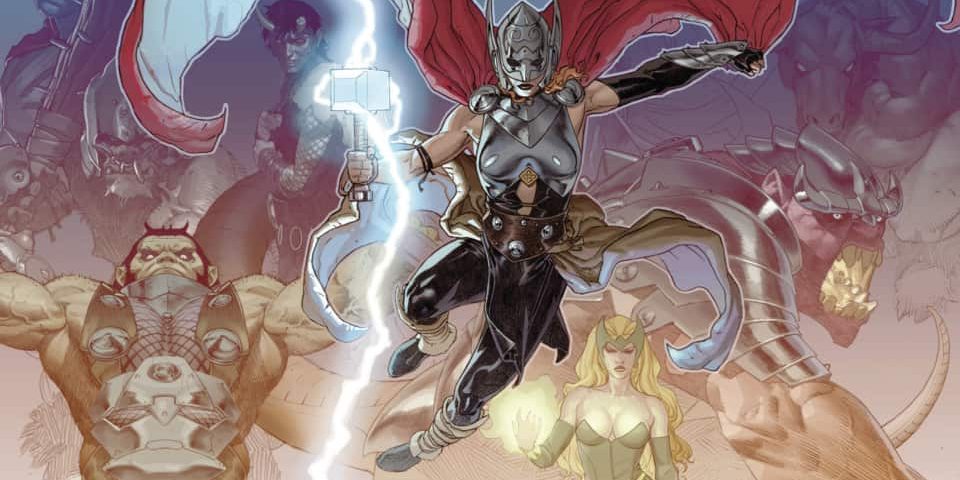 Welcome back to Hammer Drops! This week’s topic is comic book movies, how they’re adapting much more recent material, and how that changes key issues. The upcoming Thor: Love and Thunder, set to feature Jane Foster as Thor in live action, will be our focus. Speaking of which, have you bought your tickets yet? They went on sale Monday, so you may wanna get on that! 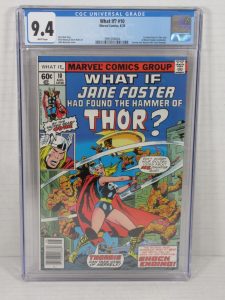 The OTHER buzzy character set to debut in Thor: Love and Thunder is its villain, Gorr the God-Butcher. Gorr debuted in Thor: God of Thunder #2, which was released on November 28, 2012. Now, admittedly, that was very nearly ten years ago at this point. However, that series was part of a wave of Avengers-related relaunches (including Iron Man, Captain America, Uncanny Avengers, Indestructible Hulk, and Hawkeye) geared at courting new fans created by 2012’s Avengers movie. You know, the one built on plot points from the first Thor movie?

In fact, Jane Foster’s comic book tenure as Thor followed directly from Gorr’s story. The fourth entry in the film series is adapting plots that were published as a result of the first movie. Now, this isn’t the first time that’s happened – that honor goes to 2006’s X-Men: The Last Stand, which adapted the first arc of Astonishing X-Men from 2004. For those keeping score, the final issue of that story was published just two months before the script began taking shape. Nothing’s beat that record to date, but it’s worth noting that X-Men III isn’t exactly remembered as the high-point of the franchise.Thor: Love and Thunder, by contrast, is shaping up to be a fan-favorite – though only time will tell.

When Did Jane Foster Become Thor?

The very first time that Jane Foster hefted Mjölnir and gained the power of Thor happened outside of continuity. What If? #10 hit newsstands in 1978 and pondered the question“What If Jane Foster Had Found — the Hammer of Thor?” Its answer was “become Thordis, wearing a version of Thor’s classic costume sans pants to make it feminine”. The premise of someone from a hero’s supporting cast gaining their powers instead was a common premise for What If? and and Thordis’ story was far from unique.

It would be approximately 36 years before Jane Foster would become Thor in the mainstream continuity. Thor: God Of Thunder #25 teased a new, female Thor while Thor #1 featured an unidentified woman picking up Mjölnir where an unworthy Thor Odinson had dropped it. The series eighth and final issue would reveal that woman to be Jane Foster.

All of those are Key Issues, but what has really blown up in value is What If? #10. We recently sold a CGC graded 9.4 copy at auction for $325. Since this was an original owner collection and cover price on that issue was $0.60, that’s a damn good return on investment. 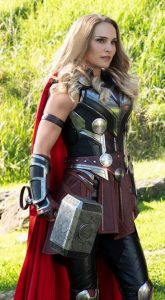 Natalie Portman as Jane Foster as The Mighty Thor in Thor: Love and Thunder.

So what do the modern keys go for? According to our research, high grade CGC copies of Thor: God of Thunder #2 go for approximately as much as our What If? #10. Thor: God of Thunder #25 can be more like $70. Thor #1 starring Jane goes for $200-300, with a fairly wide variance even on 9.8s. Ungraded, expect that price to drop steeply.

The point being that the snake eating its tail like this is changing the economics of key issues. For the first ten to fifteen years of the Marvel-lead movie boom, other media projects didn’t affect recent key issues prices too much. At least, not more than comic industry trends. But now that Marvel in particular has a very direct pipeline from comics to screen, being an all-in-one operation unique in either film or comics, that’s no longer true. Stories from the last ten years are coming to screens at an unprecedented rate – both Kamala “Ms. Marvel” Khan and Jane “Thor” Foster appeared in multiple video games and cartoons prior to landing in the MCU this year.

So when will comic book movies stop? Well, they’re in no danger of running out of material – they’ve got eighty years of back catalog and new material coming out every month! They’ll stop, like anything else, when they stop making money. And considering the box office records they routinely set, the world is no closer to succumbing to “superhero movie fatigue” than it was in 2007.

Which is GREAT news if you’re looking to sell a comic collection! If that’s you, reach out and Back to the Past will do our utmost to help you sell that collection.

Or, if you’re looking a comment on rhis or any other collectibles-related topic, get in touch below or @b2pCollect!