Where Did It Go Wrong: The Unidentifiable X-Men 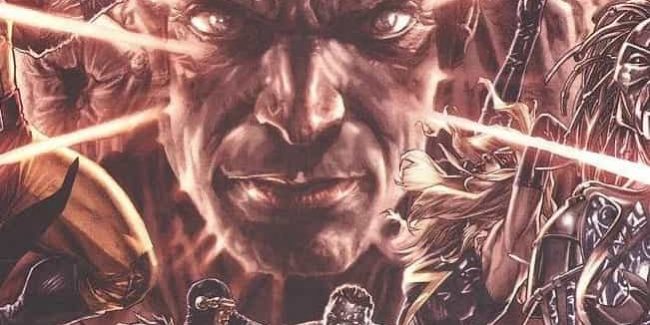 I love to pick up cheap trades at Cons, and at the recent C2E2 show I grabbed the second “X-Men vs. Apocalype” trade. This trade reprints the the “Twelve” story from the late 90’s early 2000’s, (I am too lazy to go look for the exact dates,) and while it isn’t a good store, it did make me miss the X-Men.

Now I know, the X-Men are still published, still pumping out a ton of books a month actually, (most of which I buy and read,) but they just aren’t the same as they once were, but I think I might be getting ahead of myself, I should give you some background.

The first time I bought comics was from a spinner rack in at a drug store. I bought two issues, a Spider-man (Return of the Sinister Six by Eric Larsen,) and X-men #1. I was instantly blown away. I read every X-men comic (and spider-man for that matter,) that I could get my hands on. I had my father drive me all over the city to buy back issues, and of course, there was the Classic X-Men comic that let me read the old stuff that was too much money for my allowance to buy, and with in a year and a half of first picking up that X-men #1, I was well versed in X-lore.

I have read the core X-books almost continuously since then, (for full disclosure, I missed a couple of years, from Magneto getting control of Genosha, to the beginning of Grant Morrison’s run, but I have since read those stories,) and as I sat reading the above mentioned trade, I realized, I haven’t really liked most of the X-stories of the last decade, that something doesn’t FELL right about them.

So I spent some time thinking about what has changed. The modern reader expects a faster pace then they once did sure, and we want some more “grittiness” too. Fine, that’s all well and good, but those two things isn’t what has changed the X-Books into something unrecognizable, what has changed is that slowly the emphasis has changed away form character and onto events.

First, there is the “No More Mutants” thing, followed by the whole “Nation X” bit. It has been one big thing after another, and what has been lost is that the character moments, those scenes where Kitty is scared of Nightcrawler, or Rogue wonders about her place on the team, or my favorite, Storm shows up with a Mohawk, all of those are gone, the soap opera is gone.

When we couple this with the fact that the current main writer of the X-Books, Matt Fraction, is really writing bad stories. I say this, because more time then not, I have NO freaking clue what the heck is going on in the book. It is like he only ever tells half a story, almost like he doesn’t really like the book. (In fairness, his Iron Man book is maybe one of the best books on the shelves.)

SO, where does this leave me. I will still read the books. I am actually enjoying the “Second Coming” cross over. It seems to have an older crossover feel to it, and I think Hope is an interesting character, (mostly because she has been off in the Cable book and away from the main X-book,) so I will at least be passionate about the books as long as she is alive. But there is two big changes that I would like to see:

1: Put Mike Carey in charge of the X-Books: He seems to get the soup opera aspect, proof of which is in the one X-book that still feels like an X-Book, X-Men Legacy.

2: Get rid of the “No More Mutants” thing: this is in my opinion where it all went wrong. By putting the idea that the mutant is a dieing race, it has made the hatred that humanity exhibits towards them sound foolish. I mean, why would you hate a group with 157 members? my high school graduating class was bigger then that! BUT, when the mutant was destine to replace the human, the fear and hate made A LOT more since. (for example, why is there an anti-mutant group with thousands of members? don’t they realize they can just wait for them to all die?)

Well there it is, my plan. Now if only I can get an editor job at Marvel…