Who is Centaur Comics’ Man of War? 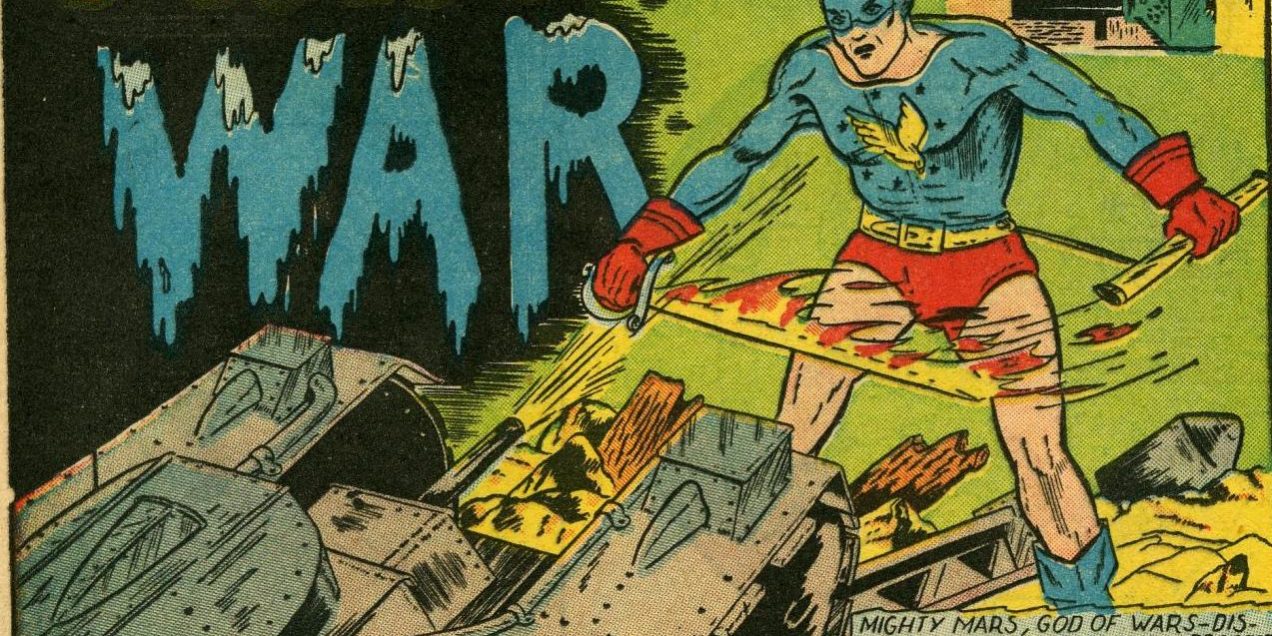 Welcome back to My Hero, wherein we here at Back to the Past identify and sing the praises of the obscure characters from our  custom action figure collection. Years ago, we purchased the life’s work of an artist and comic fan whose chosen medium was granting forgotten comic characters the action figure immortality denied to them by major toymakers. We’re doing something special this month, revealing newly cataloged characters from the collection simultaneously on eBay and here on the blog. Our first reveal is a patriotic World War II creation with possibly the weirdest origin tale in that sub-genre, Man of War! 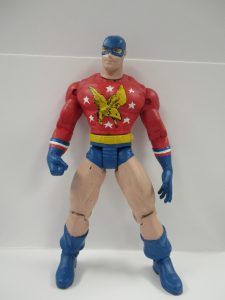 Man of War as he appears in our Custom Action Figure Collection. He debuts on eBay today!

Liberty Scout Comics #2, which was the title’s first issue because the Golden Age played it fast and loose with numbering schemes, from Centaur Publications hit newsstands in mid-1941 with the debut of mystical superhero Man of War playing second fiddle to the eponymous military wannabe teens. Mars, the Roman God of War and the Golden Age’s favorite mythological bad guy, decides he just loves what the Third Reich is up to in Europe and sends down a magical warrior in his own image to aid them.

Unfortunately, Mars (despite being physically in space) doesn’t factor in the rotation of the Earth. His warrior is born from an explosion in Dayton, OH rather than on the European Front of World War II. Being born in a peace-loving nation (remember, the U.S. wasn’t yet involved in the war in Spring/Summer ’41), this Man of War is manifested with the spirit of freedom and vows to battle Mars’ followers wherever they may be found. He gets right to it, tracking down and busting the very saboteurs whose munitions plant bombing birthed him.

And so was established the general pattern for Man of War stories: enemy agents cause an explosion on American soil, Man of War appears from the explosion and thwarts their devilish plans. Liberty Scout Comics only lasted two issues, but Man of War survived the 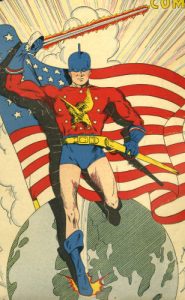 Man of War as he appeared on the covers of Golden Age comics. Sadly, our specimen’s head-fin broke off in transit to us.

cancellation with his own ongoing series…that also ran two issues. Interestingly, the colors on Man of War’s costume were flipped (red shirt with blue trunks, like the custom figure) on the covers of his own series but not in the stories themselves. The character has since fallen into the public domain and artists have generally decided they prefer the cover costume over the story costume in modern appearances.

Man of War was revived, kind of, in the early 90s for Malibu Comics’ short-lived Protectors Universe. He was, however, given a completely new origin story and secret identity, and modern readers could easily miss that he’s supposed to be the same characters. A much more faithful version has been a background character in Dynamite Entertainment’s Project Superpowers universe, but the reality is that he’s an obscurity even in the obscure world of Public Domain Superheroes. His endearingly silly origin story makes him a fun character, but if you want to put him up on your shelf, your only option is to go the custom figure route. We’ll see you back here next week for another cult favorite in figure from from the My Hero Collection! And if you’ve got collection like it – be it original art, custom action figures, convention sketches, whatever – and are looking to sell it, we would love to help you!