What Records Did Hank Aaron Set? 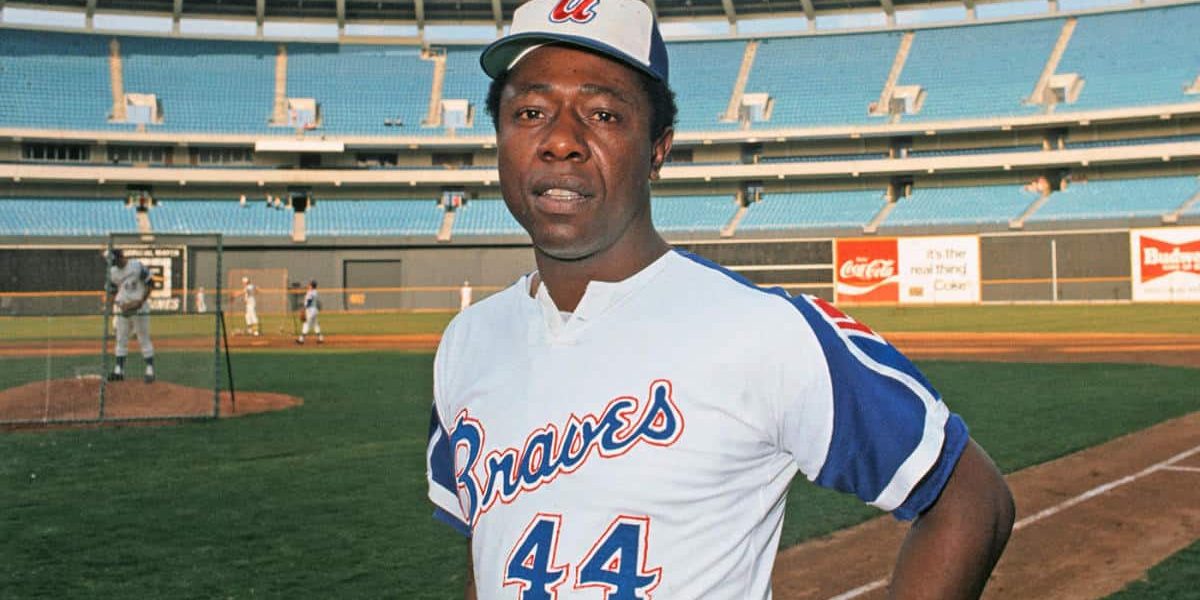 Hello all, and welcome back to Consigned, Cool, & Collected! We’re still counting down to our October 2nd Rockin’ Round The Clock auction session, and this week’s installment has us looking at legendary baseball player “Hammerin'” Hank Aaron! Hank was one of the best to ever play the game. Sad to say, he passed away early in 2021 at the age of 86. Thanks to his long and legendary career, he’s the subject of seven different baseball card lots in this weekend’s auction.

Of course, we’re auctioning collectibles every week and every session is worth checking out! However, this weekend’s a special event. Like a baseball game, it will be best enjoyed in person. 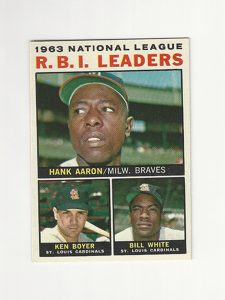 Hank Aaron began his Major League career in 1954, after three years in the Negro and Minor Leagues. He quickly proved to be one of the best. In 1957, he lead the League in RBIs for the first of four times. The next was in 1960, again in 1963 (which we have a 1964 card commemorating), and finally in 1966. While he wouldn’t claim the top spot again before retiring in 1976, he was a steady RBI getter throughout his career. In fact, per the Baseball Hall of Fame, he still holds the record for most career RBIs today (forty-five years after his retirement) at 2,297. 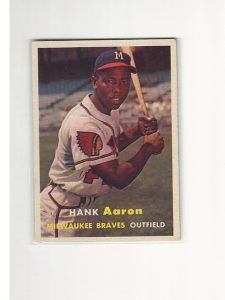 Babe Ruth, arguably the best known baseball player of all time, retired in 1935 with a record 714 career home runs. That record stood for decades. As of 1972, the 2nd place spot holder (Willie Mays) had just 660, a dang impressive record but still more than fifty off the record. Aaron matched and then surpassed that second place record during the ’72 season. He closed the season at 673 home runs, just 41 off the record. Since he had hit 47 home runs during the 1971 season and he was still a few years off from retirement, that placed the record well within reach. He ended up closing out the 1973 season at 713 runs, ensuring he would at least tie the record the following year.

Which made a lot of baseball fans unhappy. Hey, what’s that? Fans complaining? Looks like some things never change. There was a very vocal contingent of Ruth enthusiasts that felt The Bambino’s record should be held sacred and never be broken, but Hank Aaron’s accomplishment would persevere.

1973 had also seen Aaron awarded a plaque by the U.S. Postal Service for the most mail received by anyone in the country outside politicians at 930,000 pieces. He ultimately scored his 715th home run on April 8, 1974, in the fourth inning against the L.A. Dodgers. He would end his career with 755 homers overall. 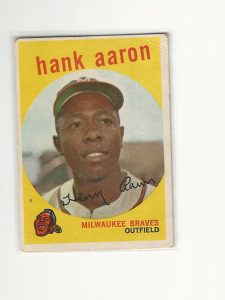 That record stood until 2001, when Barry Bonds broke it. Bonds ended his career with 762 runs. However, Bonds is also a central figure in the steroid-use scandal that rocked the MLB in the 00s. Bonds officially holds the record, but there’s a cloud over him that just isn’t there for Aaron.

Hank Aaron: King of Self Mockery

Hank Aaron voiced both himself (as a disembodied head) and his descendant Hank Aaron XXIV in the Futurama episode “A Leela of Her Own”. While Hank himself was still one of the greatest to ever play even 1000 years in the future, Hank XXIV was one of the worst. Throughout the episode he’s shown trying to catch a ball using an oven mitt, attempting to hit with an upside down bat, recoiling from an easily-caught ball, and being chewed out by his ancestor. Props to the late Mr. Aaron for agreeing to voice such a bumbling parody of himself.

Hammerin’ Hank is one of the all-time baseball greats, and we hope his cards find their way to good homes at this weekend’s auction. And if you’ve got a collection of baseball cards, or anything else collectible, ready to move on to its next home, we’re happy to help you make that happen! Finding items worthy of being Consigned, Cool, & Collected is what we do around here – not just on Mondays in this column, but every day.