When Should I Sell A Key Issue? 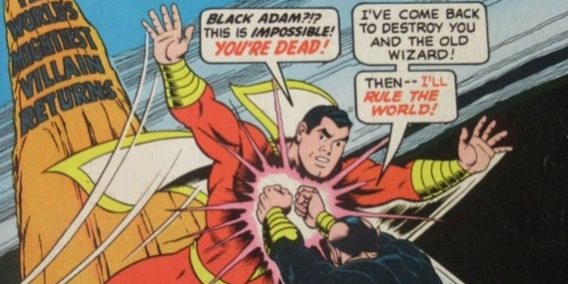 Welcome back to Hammer Drops, where the experts here at Back to the Past answer your questions about collectibles sales using our decades of experience in the field. Today we’re looking at the thorny question of when it is best to sell a key issue. Specifically, we’re looking at the Hype Curve that surrounds new blockbuster movies and streaming shows, as they’re just about the biggest value driver today. 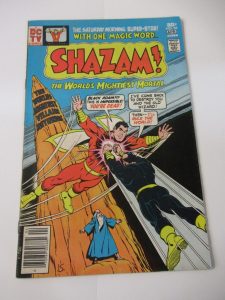 Our particular test case here is 1977’s Shazam! #28. It was lot #270 at our September Fourth auction session, and sold for $190. This issue is the second ever appearance of Captain Marvel, AKA Shazam’s opposite number, Black Adam. Black Adam had previously appeared in 1945’s Marvel Family #1, which was a popular candidate for reprints over the intervening thirty years. Shazam! #28 brought the character back as a recurring antagonist, setting him up to be Shazam’s chief rival in the 80s and 90s.

Writer Geoff Johns seemed to take a shine to the character, adding him to the roster of the Justice Society of America as their token evil teammate in the 00s. Black Adam has waffled between anti-heroism and villainy ever since. He caught the attention of Dwayne “The Rock” Johnson as early as 2007, and The Rock will star as him in a major motion picture next year. We sold a significantly higher grade copy of this same issue for $85 three and a half years ago, meaning it has more than doubled in value. The flick was officially announced in early 2017, but it just recently wrapped principal photography. It has gone from something that hazily might be to a real movie that will definitely arrive in theaters. The change in value reflects that.

The Lesson: Sell BEFORE The Movie Comes Out 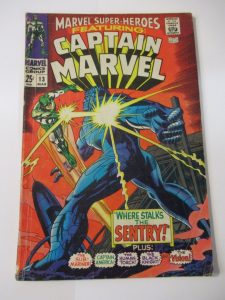 The value of collectibles with a movie adaptation in the works tend to grow steadily until the flick lands in theaters. Projects that ultimately go nowhere are announced all the time, so the value significantly increases as the adaptation becomes more “real”. Casting announcements, set photos, trailer releases, all serve to drive the value higher. So, logically, the actual release would be the pinnacle of value, right? Not exactly.

Once a movie has been seen, no matter how good it is, the hype starts dying down. Back to the Past Studio Head, Scott Lovejoy, pointed to Captain Marvel, specifically the Carol Danvers version, as a great example of this. Carol’s 1st appearance, Marvel Super-Heroes #13, has long been a key book. Back in September of 2017, while the movie was still in early development, we sold a copy for $50. By May of 2018, a bit under a year before the movie premiered, we sold a copy (same grade) for $150. And in the same September fourth auction, we sold a mildly lower grade copy for $110.

Now, obviously that jump in value stuck around to some extent. The movie was well-liked overall and the character continues to appear in the Marvel Cinematic Universe, after all. It is unquestionably better to sell your Marvel Super-Heroes #13 today than it was ten year ago. However, from a pure commodities-trading perspective, just before the big buzzy event is the time to sell.

If you’ve got a comic collection with key issues coming up on that cusp, we would be happy to help you sell them! If you insist on continuing to go it alone, we recommend following us here in Hammer Drops every week.