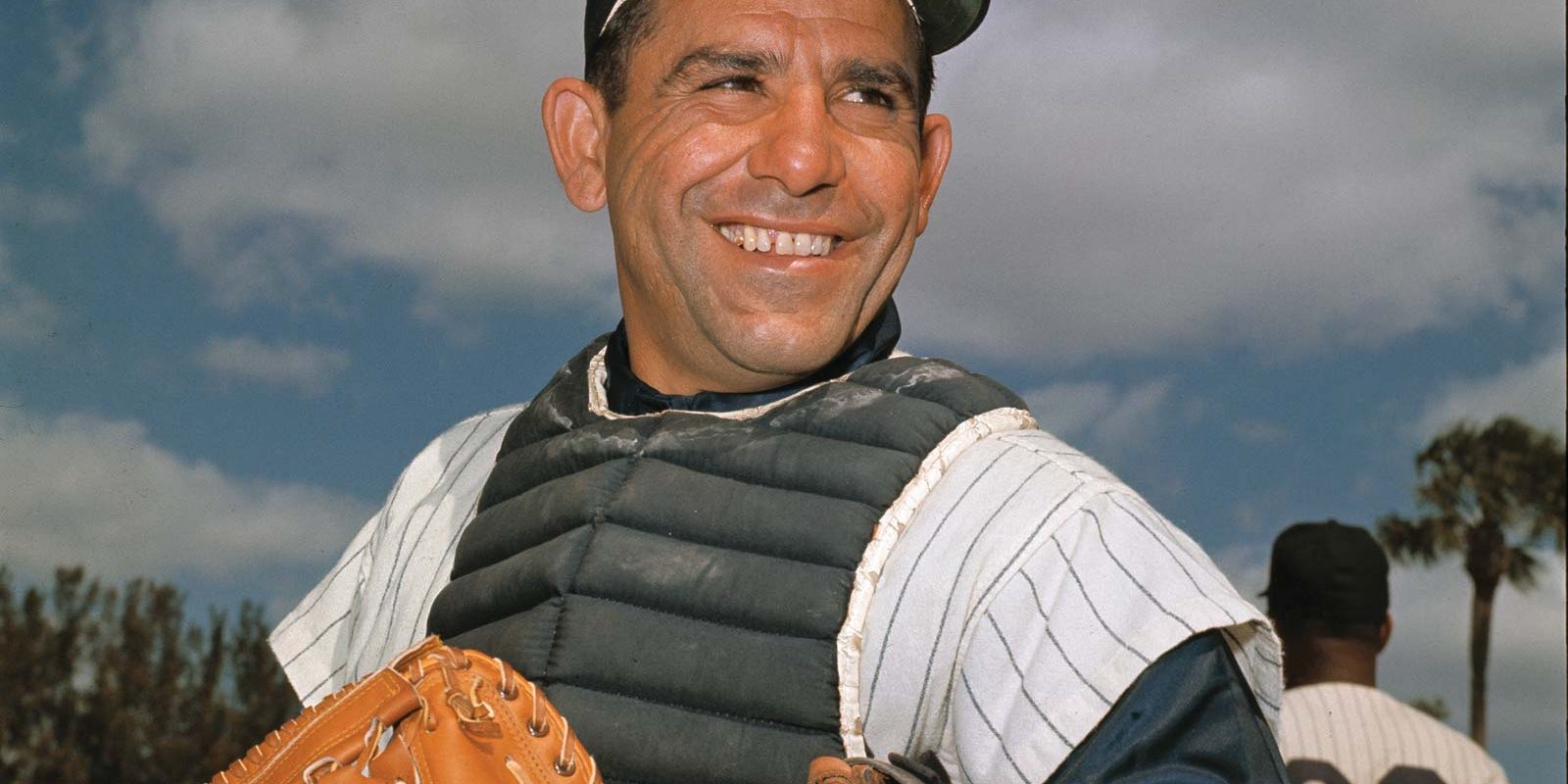 Welcome back to Consigned, Cool, & Collected, where we here at Back to the Past stop to appreciate the cool stuff whizzing by us every day. Today, we’re looking at some lots from our upcoming Rockin’ Around the Clock: 50’s & 60’s Cards, Comics, and Toys auction session, specifically lots #97, 224, and 293. Each is a Topps Baseball card of Hall of Famer Yogi Berra.

Yogi Berra: The Man, The Myth, The Malaprops 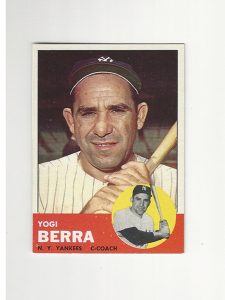 Yogi Berra, besides inspiring the name of a certain Hanna-Barbera cartoon character, is one of the greatest catchers in baseball history. He played Major League Baseball for nineteen seasons, all but one with the New York Yankees. In that time, he was an eighteen time All-Star Pick, ten time World Series champ, and and three time American League MVP. He holds the all-time record for shut-out victories at 173.

After he retired from playing for good in 1965, he went on to manage or coach until 1989. There, he racked up three more World Series victories and became one of only seven coaches in history to lead a team to World Series victory in both the American and National Leagues.To this day, he holds the MLB’s record for most appearances in the World Series. He was elected to the Baseball Hall of Fame in 1972, the same year his number (8) was retired by the New York Yankees.

Berra’s bona fides as a baseball great, both on the field and in the dug out, are unassailable. His admirable traits carried over off the field. He earned a Purple Heart for his service with the U.S. Navy during the invasion of Normandy. He was happily married to Carmen Berra for sixty-five years. That’s #RelationshipGoals no matter who you are. In all senses of the word, he was one of the greats.

He was not, however, a particularly educated man. He quit school after eighth grade and never went back, which, fortunately, didn’t hurt his success in the baseball world. However, combined with decades in the public eye, this made him a veritable Malaprop machine. Comedy writers spend years perfecting the art of of torturing the English language as well as Yogi Berra. 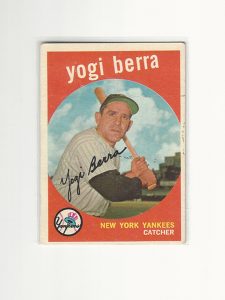 For more cogently crafted examples of the English language (most of the time anyway), be sure to check out our selection of comic books.

It Ain’t Over ‘Til It’s Over

Berra’s greatest addition to the American lexicon may, in fact, be better attributed to future Vice Presidential candidate Joe Lieberman misquoting him. That said, we here at Back to the Past would much prefer to attribute “It ain’t over ’til it’s over” to Berra than Lieberman. We’d go further and say that Lenny Kravitz owes the man a song-writing credit. The phrase is the most famous of several Yogi-isms that have caught on in American English. Yogi’s a bit like William Shakespeare in that way, being quoted and referenced by unwitting folks daily. 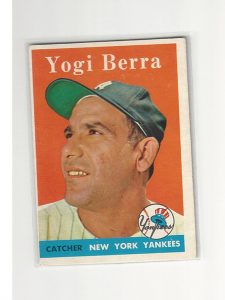 I quizzed our staff for their most treasured Yogi Berra quotes, and here’s what I found!

The aforementioned Yogi Berra cards are coming to auction as part of a beautiful original-owner sports card collection from the 1950s and 60s on October 2nd. Details on that session can be found here. And if you have a beloved collection you’re ready to part with, your friends at Back to the Past are happy to help you get it to its next home..