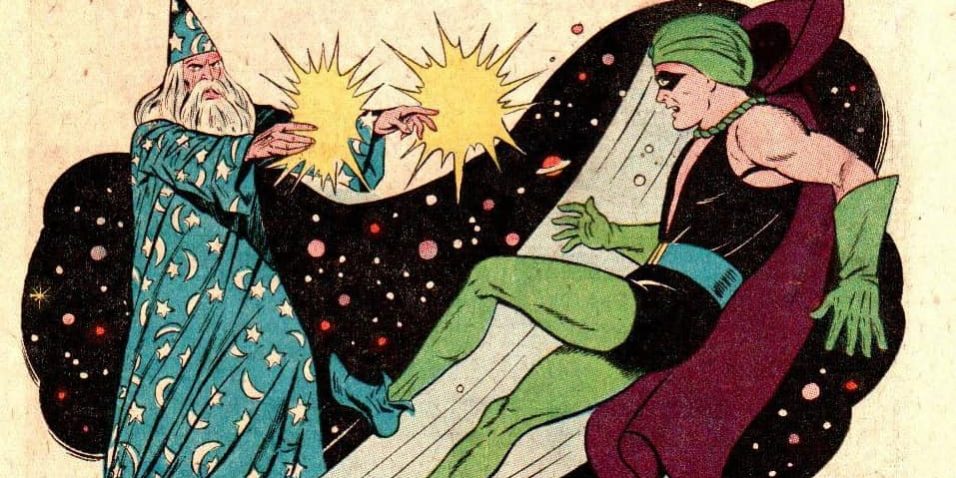 Welcome back to My Hero! Each week, Back to the Past uses this column to tell you why the obscure characters from our custom action figure collection are great! Years ago, we purchased the life’s work of an artist and comic fan whose chosen medium was granting forgotten comic characters the action figure immortality denied to them by major toymakers. We’re still sorting through it all, and we’re making new finds every week! This week’s find, who will soon be available on eBay, is Magicman. In keeping with our June theme, he’s a Silver Age creation of the American Comics Group (best known for Herbie, The Fat Fury).

To our knowledge, he has never asked Ann Wilson to go home with him… 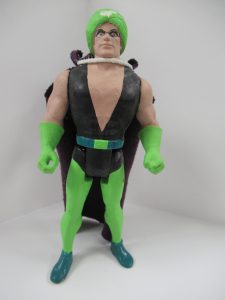 Magicman as he appears in our custom action figure collection!

From 18th Century Italy to ‘Nam

Magicman’s origin story begins in the 1700s in Italy. His father, the mystic Cagliostro, plied his trade to the nation’s royals and nobles, keeping them young and beautiful. This got (rightly) him accused of witchcraft, a serious accusation in 1789, and led to his arrest. Soldiers tried to take the boy too, but his untapped magical potential teleported him to safety. He resolved to never again use magic, seeing what it had gotten his father.

It didn’t take Cagliostro, Jr. long to realize that he doesn’t age like everybody else. Reaching young adulthood, he remained young and vital even as decades passed him by. Over the next 170 or so years, he worked various trades – shoemaker, sailor, and dressmaker among them. He was unable to stay in one place too long and shunned the notoriety and fortune that had done in his father, leading to a long but uneventful life. In 1962, he saw a recruitment poster for the U.S. Army and decided to join up, thinking “Well, why not?”

Magicman’s Debut in the Jungles of Vietnam

Taking the Americanized name Tom Cargill, the centuries old mystic became a buck private in the United States Army. Predictably, he was deployed to Vietnam. On base, he made fast friends with a fellow “young” soldier named Al, who would share his care packages with Tom. He also discovered that he was still able to make pretty much anything he wanted happen just by thinking it. His control over his power is rusty after decades of disuse, leading to a much more bombastic magic show during the base’s talent show. 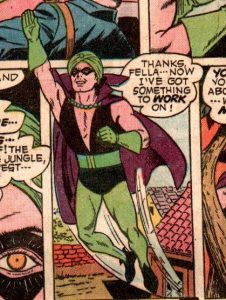 These two developments collide when a U.S. senator toured the base. Al was killed while on guard duty and the senator kidnapped by the communist forces. Unable to avenge his friend as Pvt. Tom Cargill, he raids the “theatrical supplies you’ll find in every army post” (straight quote from the comic) to disguise himself. He uses his phenomenal magic abilities to route the commies as Magicman, America’s newest hero!

Future issues would feature Magicman and Kilkenny abruptly back in the U.S. carrying out domestic crimebusting. Why? Never explained! Magicman would headline Forbidden Worlds for sixteen issues, but his most famous appearance today would be a guest shot. Herbie #14 saw the eponymous nigh-omnipotent and rude child assume his superhero guise of The Fat Fury for an ACG superhero team-up! Magicman and Nemesis (headliner of Adventures Into The Unknown) joined forces with The Fat Fury as The Three Musketeers, ACG’s one and only superhero team.

ACG folded in 1967, taking all its characters with it. Herbie Popnecker, due to his strange and hilarious adventures, has remained a bit of cult favorite. Magicman and Nemesis, not so much. New Magicman material hasn’t been published since the 60s! But if the character has a special spot in your heart, our Custom Action Figure collection can put him on your shelf. And if you’ve got collection like our custom figures, be it more customs, original art, garage kits, convention sketches, whatever – and are looking to sell it, get in touch!