The Ballad of the Cowboy Herman Munster Figure 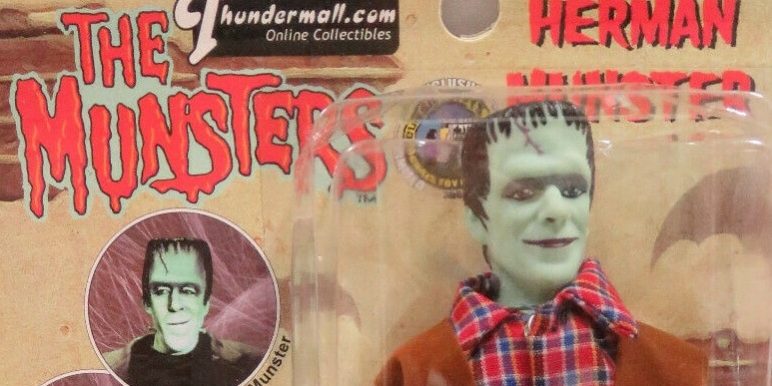 Welcome back to Consigned, Cool, & Collected! Every Wednesday, I delve into the history of one of our collectible wonders and this week is no exception. However, the history of this piece hits very close to home: we’re looking at a Herman Munster (Cowboy Outfit) variant action figure sold exclusively by Thundermall.com….AKA Back to the Past!

Why Is Herman Munster A Cowboy? 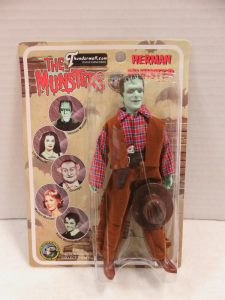 The third episode of The Munsters second season, the 41st episode overall, is “Bronco Bustin’ Munster”. Boy werewolf Eddie Munster signs his Frankenstein father Herman up for a rodeo. The problem? Herman Munster is in absolutely no way qualified for a rodeo. Hi-jinks and shenanigans ensue. The most memorable part of the episode is that Herman goes full bore into the rodeo, including dressing up like a cowboy. That memorably amusing visual was the basis for this figure.

Since 2004, ClassicTVToys.com has been faithfully adapting retro television characters in action figure form. Specifically, they’re using the beloved style of the Mego corporation. One of their earliest licenses was The Munsters TV series. While its been many years since we did business with them directly, we still think they produce some danged cool products that are worth a look.

Today, Thundermall.com is a URL gathering dust in a Godaddy parking lot, but back in the day it was a major destination for collectibles on the Internet! It ended up making more sense for our techno-wizardry efforts to be spent bringing our Back to the Past Collectibles brand to the masses, so as one sun sets another rises! 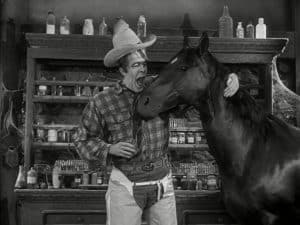 Anyway, in keeping with the goal of all things collectible, we entered into a deal with Figures Toy Company for a retailer exclusive entry in their Munsters line. Retailer exclusive collectible figures were still an emerging force in the industry at the time, not yet something that could be found in every Walgreens, and pairing up with another scrappy small outfit made perfect sense for both  of. Five-hundred figures of Herman Munster in flannels and chaps were produced, sent directly to us.

Though they sold well, we did hang on to a few for posterity, and they can be found every so often on eBay and in our auctions. Yippie-kai-yay…

Now that we’ve showed you a collectible action figure we hope to sell, we’d love to see any you’ve got to sell! Vintage and otherwise second-hand collectible items are what we’re all about these days. If you’ve got a collection you’re ready to turn into cash, we’d love to help you! And if you just want to keep reading about cool collectibles, we’ll see you back here every Monday.