Yo! How do you get from Store Display to Collectible Piece? 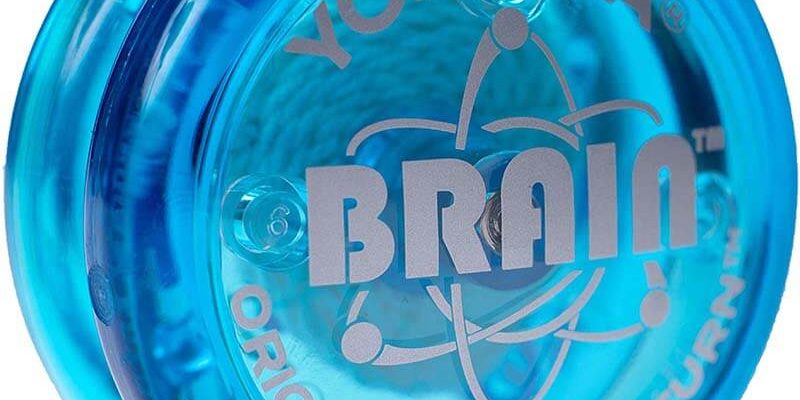 Welcome back to Hammer Drops! Every Monday, Back to the Past Collectibles shares with you the tips and tricks we’ve learned in thirty years of collectibles buying and selling. This week, we’re looking at why we included an item in an auction rather than why it realized a price at auction. Why? Well, simply put, the auction its in is still upcoming – Saturday, November 6, 2021 at 6 PM. We’re looking at Lot #36, a Yomega store display, and why promotional items like it become collectible. 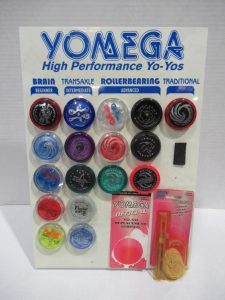 A vintage Yomega store display, coming to auction this weekend.

Yomega came onto the yo-yo manufacturing scene in 1984, with a model known as “The Brain”. It had a dual-clutch system built in the to the yo-yo that allowed it to return to the user hand automatically as the spin slowed down. They followed that up in 1989 with the Fireball, which featured a Teflon transaxle. This low-friction sleeve over the metal axle allows the yo-yo to spin for faster longer than when the rope is tied directly around the metal. 1991 brought The Raider, a model with a ball-bearing axle – basically, The FIreball’s abilities on steroids.

As you can imagine, these technological improvements on a classic made Yomega quite the player in the yo-yo industry. They sponsored Team High Performance, a top-tier team of skilled yo-yoers that toured the world demonstrating what you can do with the classic toy, somewhere around 1997-98. In 1999, they partnered with McDonalds for an incredibly successful fast food premium campaign. And they put out store displays like this one. This display shows the various models that the company produced at the time, arranged by their particular innovation. It also included their branded strings, repair kit, and carry case – all the accessories needed by a hardcore yo-yo operator.

According to our research partner WorthPoint, only around four of these have sold in the last fourteen years. One each sold in 2020 and 2021 on eBay, for $70. One was complete, the other was missing the accessories entirely. A complete specimen sold in 2013 for $46, while another incomplete specimen sold way back in 2007 for $37. Fun fact: I was still in high school and riding my bike to buy weekly comics at Back to the Past when that sold.

Based on those prices, we’re expecting/hoping our specimen will sell for $50 to $70 at auction. That’s not life-changing money on its own, but put together enough items in that range in an auction and you’ll end the night with a tidy sum. But why does it sell in that range? A couple of reasons.

Limited Edition, Bound For The Dumpster

Generally speaking, whether purchased or given away with orders of a certain size, an item like this is limited to one per retailer. Since this dates to the yo-yo boom of the mid to late 90s, that’s not all that exclusive. However, unlike immediate collector’s items, the vast majority of these displays ended up in the dumpster as retailers retired their sales programs. Some manufacturers even have rules requiring displays meet that fate – I recall a highly coveted BB-8 display from my time working at Target for which Disney required documentation of destruction. Movie theaters included displays and banners that needed to be taken down, packed up, and shipped back to the movie studio. Which dovetails nicely into the ultimate example of promo items turned collectible treasures: posters! 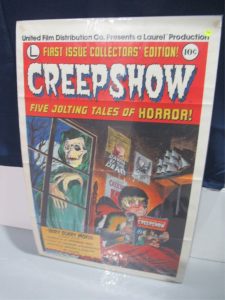 An original Creepshow movie poster, sold at auction for $95.

Back to the Past’s top dog Scott Lovejoy reminded me that genuine movie one-sheets and rock show posters fall deep into this category. Given away freely by distributors and promoters to advertise an event or new movie, they lose their relevance very quickly once the date has passed. They’re tacked up to walls, they’re glued to boards, they’re left out in the elements, their existence is purpose driven. Once that purpose is fulfilled? Into the trash they go.

Even today, you need a hook-up to get your hands on them. Usually that means someone at the venue who either has access to the unused promotional materials or who is willing to snag an item before it is trashed. The same goes for the Yomega display, except the audience for snagging it before it went into the trash was much smaller than the audience for your average movie.

The Lesson: There is Value in Ephemera

This is a point we’ve hit upon more than once, but it always bears repeating: the best values usually come from items intended to be disposed of. Obviously, that doesn’t apply to things like band-aids or rubber gloves, but promo materials? Old comics? Heck, even coins? All of those were items created with a shelf-life back in the day and were only occasionally salted away by savvy collectors. Surviving past that expected life, while maintaining an audience, is a major foundation for value. Sometimes. There are no truly universal rules in this business!

Which is why it pays to let Back to the Past help you with your collection when it comes time to sell it. Identifying and putting a value on rare, oddball items is a full time job. Luckily, it’s our full time job! Without some serious effort and a careful eye, you can leave money on the table by, for instance, dismissing a 20+ year old store display as nothing special. And if you’re dead set on taking the DIY approach to selling your collection, come back here every week for more Hammer Drops.