1 out of 5 – Would Recommend: Catwoman 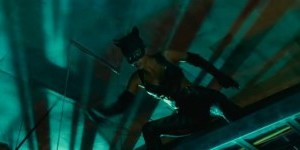 Welcome back to 1 out of 5 – Would Recommend, where Razzies are worth more than Oscars. To that end, we’re examining a film starring one of only six people to ever win both – 2004’s Catwoman!

Timid graphic designer Patience Phillips is murdered by her corrupt employers when she accidentally discovers that their premier new cosmetic is actually quite poisonous. She is resurrected by magical cats and turned into a Catwoman, a female avenger of wrongs with all the abilities of a cat. She seeks revenge on the corrupt corporations that had her killed, not just for herself but in the name of all the women they have knowingly poisoned, only to find that the corruption is not what it seemed. 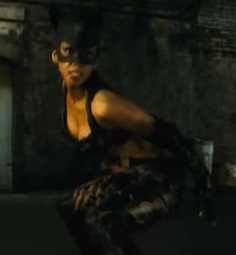 Halle Berry, the only of the four Oscar winners we’re looking at this month who won Academy gold before doing the atrocious movie featured here. Halle Berry became the first African-American in the history of the Academy Awards to win Best Actress in a Leading Role in 2001, for her performance in Monster’s Ball.

This movie is silly, but honestly nowhere near the level of a Batman & Robin or Superman IV: The Quest for Peace ( and you’ll notice that those didn’t kill the concept of the male-lead comic book movie for over a decade). The CGI wasn’t even good for the era, script is marred by silliness, and the costume is probably the least intimidating supersuit committed to film since Condorman. But it kills an hour and forty-five minutes fairly entertainingly, so it’s not worth hating.

Also, Byron Mann‘s in this. He doesn’t do much and he’d probably prefer you remember his other DC role, but he’s always fun.

NEXT WEEK: The man who would make two of the top five highest grossing movies of all time gets his start with 1981’s Piranha II: The Spawning.

Category: TV & MoviesBy Chris WalkerFebruary 16, 2016Leave a comment
Tags: 1 Out of 5 Would RecommendBatmanCatwomanOscars