1 out of 5 – Would Recommend: DOA Dead or Alive 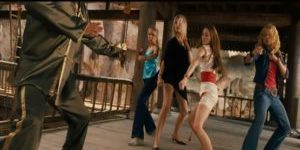 Welcome back to 1 out of 5 – Would Recommend, where we’re back on track just in time to call it quits! We’re ending strong with a personal favorite, 2006’s surprisingly enjoyable video game feature DOA: Dead or Alive.

Expert martial artists, predominantly very attractive young women, from around the world are invited to a secluded island to participate in the DOA tournament for a chance to win a cool $10 million dollars. However, it turns out that the eccentric millionaire scientist (with private island money) sponsoring the event has ulterior motives (who’d a thunk it?) and the gorgeous lady fighters will have to discover the power of teamwork and friendship to kick his ass. 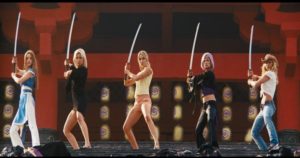 The ladies of DOA.

Dimension Films, based on the video game series of the same name. While it seems to have been intended for greatness, it only ever played in 505 movie theaters and died a quick death at the box office. Which is a shame, because it’s actually pretty fun. 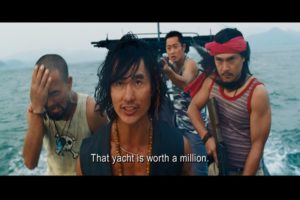 DOA: Dead or Alive is a silly, campy, over-the-top piece of cinematic fluff that doesn’t take itself seriously and is thoroughly enjoyable. It is exactly the kind of film that a fighting game series with a canonical beach volleyball spin-off deserves, and succeeds where most video game movies fail specifically by being pure fun.

NEXT WEEK: As stated at the top, 1 out of 5 – Would Recommend is going on indefinite hiatus. In its stead, you’ll be getting Tokusatsu Gesundheit! 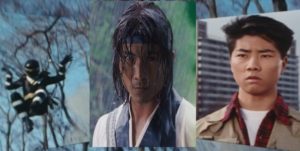 Side note: Turns out that Kane Kosugi, who plays Hayate in DOA, starred as NinjaBlack in the Tokusatsu series Kakuranger. I wish I’d planned this transition.