1 out of 5 – Would Recommend: Ninja Apocalypse 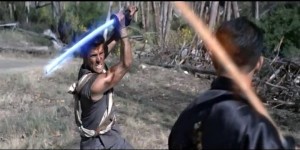 Welcome back to 1 out of 5 – Would Recommend, where we’re leaving the world of Oscar talent behind for the familiar ground of direct to DVD. This week, we’ll watching 2014’s low budget RedBox filler Ninja Apocalypse.

In a post-apocalyptic world, the Ninja Grandmaster Fukitaka calls together a peace summit of the various clans of super powered shinobi vying for power. After he finishes his convincing pitch, he is assassinated – and his ex-students The Lost Clan are framed for it. Now, the lightning-tossing outcasts must sneak or fight their way past all the clans that want them dead (and some zombies) in order to get home.

Say, that sounds like the plot of another movie. But with ninjas, zombies, and super powers, so more awesome. 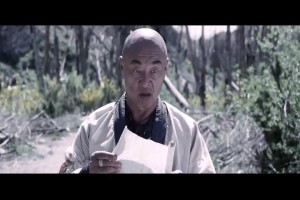 Also his face when he read the script.

Honestly, literally no one worth noting. There are a couple of recognizable (if you’re a certain kind of dork) stars in there, but if they were mentioned here…well, the next section would be harder to write.

From a strictly viewed standpoint, this movie should be deep in the zone of “meh”: it’s a low budget movie that rips off a better cult favorite that’s more of a callous money grab than a nutjob’s dream flick. By all rights, it should be as boring as your average Asylum picture. That said…it’s a rip-off of The Warriors set in a post-apocalyptic bunker with zombies and magic ninjas. It’s a pretty fun watch, all things considered. 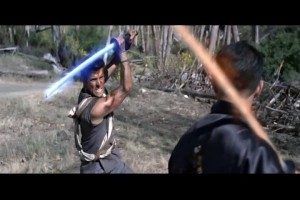 Occasionally, it cribs from other movies too.

A special shout out to my friend Keira, who gave me two great value packs of low budget schlock (one Sci-Fi and one Horror) for my birthday. This is just the first of many blog posts I will get out of them.

NEXT WEEK: The same DVD set that brought us this movie yields 2014’s Icetastrophe, which has been selected on the strength of its title alone.