1 out of 5 – Would Recommend: Piranha II: The Spawning 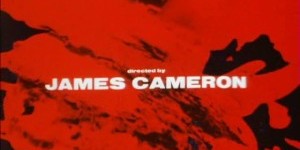 Welcome back to 1 out of 5 – Would Recommend, where we’re ready for the Oscars this weekend! We’re gonna close out “Embarrass Oscar Winners” month with 1981’s Piranha II: The Spawning.

When a shipment of secret government super-Piranha goes down off the coast of a small resort island, it’s up to a plucky team of locals to save mankind from the murderous little fishies! Or to put it another way, the plot of Jaws ensues BUT WITH FLYING PIRHANA.

Director James Cameron, who would win in 1998 for Titanic and get nominated in 2010 for Avatar. While we’ve discussed some of Cameron’s other early work here in the past, this picture marked his actual directorial debut and, befitting a first time director, he appears to have been more of a gun for hire than anything else.

His next two directorial outings were The Terminator and Aliens, so things started looking up pretty damned fast.

This movie is…not good. It’s also not bad. It’s an early 80’s horror sequel, a sequel to a movie that’s a B-tier Jaws knock-off to begin with. Were this film not directed by James Cameron it would be utterly forgettable – neither good enough nor bad enough to stand out (which is why the Five Reasons to Watch It are mostly about other, better movies). As it is, it’s mostly just an amusing reminder that everybody has to start somewhere. 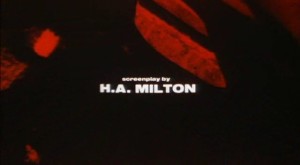 How does a bastard, orphan, son of a whore and a scotsman…write  a flying piranha movie?

NEXT WEEK: We wade back into safer waters with 2014 direct-to-video masterpiece Ninja Apocalypse.