1 out of 5 – Would Recommend: Santa Claus Conquers The Martians 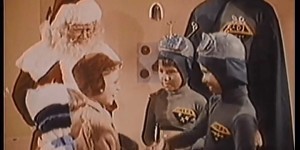 Welcome back to 1 out of 5 – Would Recommend, where we’re celebrating Christmas all month long! We’re kicking off our month of Yuletide schlock with the 1964 classic Santa Claus Conquers The Martians!

The children of Mars are enraptured by Earth’s television broadcasts, using them to escape their tightly controlled lives. Kimar, the king of the Martians, is advised that the kids need some kind of fun in their lives, that Mars needs its own Santa Claus. But that’s hard, so Kimar resolves to kidnap Earth’s and it goes about as smoothly as you’d expect.

Wikipedia doesn’t say, so I’m at something of a loss. The film is, however, public domain (watch it here) and legendarily bad – everyone who’s anyone has made sport of it. The movie’s been featured on Mystery Science Theater 3000, RiffTrax, Cinematic Titanic, and Elvira’s Movie Macabre, most likely among many others.

This is a dumb movie, a kid’s movie from an era where such things were mostly just a distraction so the parents could do something else (probably drinking or infidelity, if Mad Men is any indication). It lands in a zone where the low amount of budget and effort put into it prevent it from being a “good” film but just enough went into it to make it enjoyably ridiculous. It’s a so bad it’s good Christmas classic, and it should definitely be on your Nice List this year! 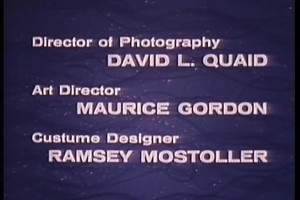 Notice anything off about the credits here? If so, you’re better than the film’s editor.

NEXT WEEK: We tackle the big budget holiday classic Jingle All The Way (1996).