1 out of 5 – Would Recommend: Tattooed Teenage Alien Fighters from Beverly Hills 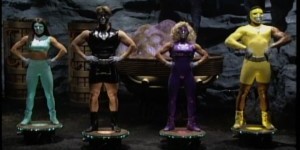 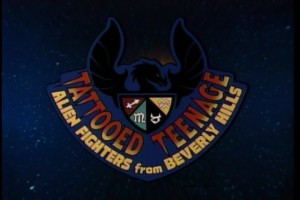 Welcome back to 1 out of 5 – Would Recommend, where the best of the worst get their day in the sun. Today, we’re deviating from the format a tad, tackling something awfully good from the small screen: Tattooed Teenage Alien Fighters from Beverly Hills!

Because Mighty Morphin’ Power Rangers was bigger than Jesus, that’s why. The show is a blatant knock-off of Power Rangers and just about the only show that rode that show’s popularity wave to not use Japanese footage for the monster fights. The end result looks like a series based on knock-off action figures from the dollar store with a budget to match.

Five Reasons to Watch It

If you grew up on Power Rangers and love bad movies, this show is a must. It’s a dollar store knock-off of the real thing, having all the cheese of early Power Rangers with none of the well made Japanese footage to save it. Whole series is on DVD for less than $10 and you get 14 hours of entertainment from it. Bonus: The theme will be stuck in your head for the rest of your life. 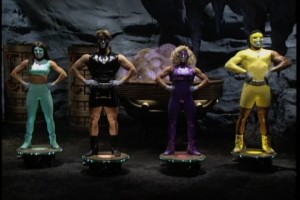 …Why does the yellow one only have one sleeve?

NEXT WEEK: Hollywood comes scrapin’ at the door in 2012’s Ghost Rider: Spirit of Vengeance.