A Brief History of Pokemon 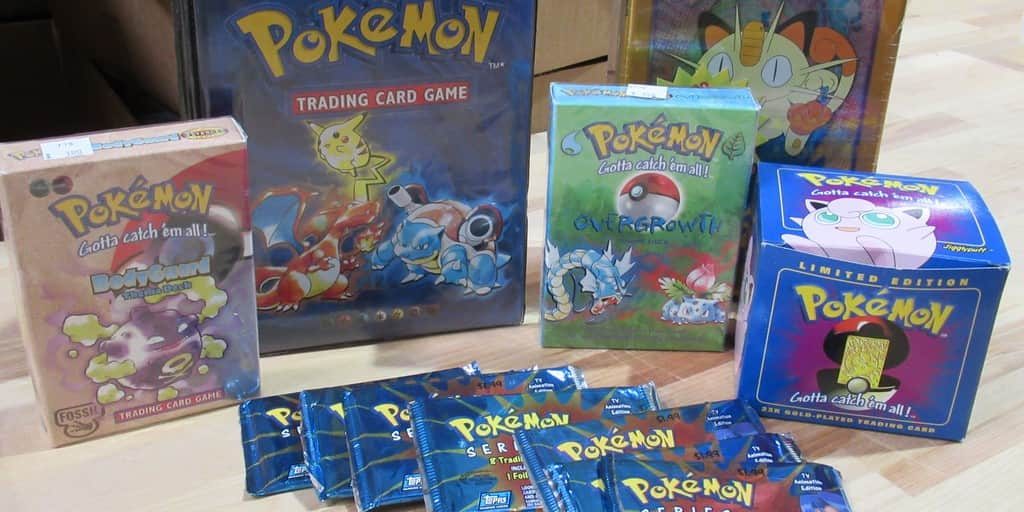 Welcome back to Consigned, Cool, & Collected! This week, we’re pausing to look at the near future of what we’ve got at Back to the Past. We are proud to be handling a real honey of a Pokemon card collection. Some pieces from it have already begun appearing in our Popshop Live broadcasts, with more coming each week. Those are live every Tuesday beginning at 2:30 PM, so don’t miss out. However, for the older folk in the audience, we’ll be talking this week about the history of Pokemon and why its been a pop cultural mainstay for….wait, that can’t be right.

A Quarter Century of Pocket Monsters 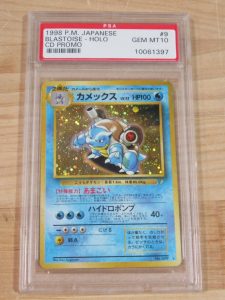 Indeed, Pokemon made its debut on February 27, 1996, just over twenty-six years ago. Magazine publisher turned game developer Game Freak created the the game Pocket Monsters (often shortened to the portmanteau Pokemon for marketing( for the Nintendo Game Boy. A major feature of the game, at least from a marketing standpoint, was that it came in two versions. Named “Red” and “Green”, these were effectively the same game but with minor differences. Some of the 150 Pocket Monsters were exclusive to one version or the other, meaning the only way to actually catch them all was to get both versions or trade with a friend. This helped to popularize the Link Cable accessory for the Game Boy, which allowed players to transmit data between different machines. Heck, some Pokemon Evolutions (think upgraded versions) were only available if a Pokemon was traded between cartridges. My cousin stole an Alakazam from me that way, refusing to trade it back after it evolved, over twenty years ago and I’m still mad about it.

Back to the topic at hand, the premise of that first game/games is simple: you are a ten year old boy in a world filled with fantastical creatures known as Pokemon. You are now old enough to travel the world, capturing and training the (generally) small creatures. You can prove your skills against other trainers in one-on-battles and by defeating the leader of the Pokemon gyms in major cities. The ultimate goal is to beat the top trainers in organized Pokemon battling and prove yourself the very best. 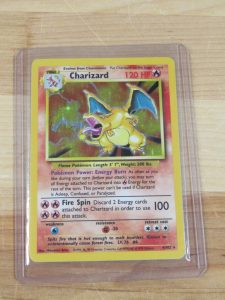 A Base Set Charizard card coming soon to Popshop Live!

That premise proved a hit with kids right away. An updated third version of the game, Blue, was released on October 15, 1996 and was followed five days later by a collectible card game. The hype continued to build in Japan and eventually Nintendo decided to export the craze to the U.S.

The first game, officially renamed Pokemon, debuted in the United States on September 28, 1998. It used the updated Pocket Monsters Blue as its basis, split once again into two versions (Red and Blue this time). Just under three weeks earlier, the English-language dub of the anime adaptation had debuted on American televisions. Both were an instant hit, becoming the most important thing in the worlds of elementary schoolers around the country and leading cousins to betray each other in ways that could not be explained to their parents.

The game’s popularity in Japan allowed Nintendo’s American branch to plan a licensing blitz for its debut. Wizards of the Coast, who had popularized the trading card game concept in the U.S. with Magic: The Gathering, licensed the Japanese card game for release in the states. The first Base Set was released in the U.S. on October 20, 1998.

Much like with Magic: The Gathering, minor tweaks and touch-ups were made to the designs of cards between printings of the original set. The first printings bear a “1st Edition” logo, something that first print runs of new cards still have today. The second print run changed some things about font sizes and text weights but did not include drop shadows around the character art. These cards are known as “Shadowless” cards, existing as a sort of second edition between the original printings and the Unlimited edition that went out to the masses.

And, in my experiences, not a single one of those facts mattered to eight and nine year olds when Pokemon cards were the new hotness. The game, a somewhat more affordable in-person version of the video game, was wildly successful and quickly banned from schoolyards nation wide. Official tournaments, already a feature of the game in Japan, cropped up with the best players in the country battling it out with their little cardboard monsters. 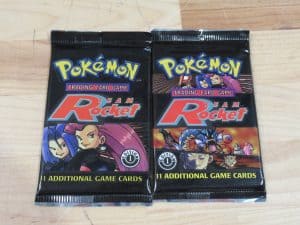 In 2003, the Pokemon brand had not really slowed down by much on either side of the Pacific. That year, Nintendo and Game Freak moved the publishing of Pokemon cards globally to their own brand manager, The Pokemon Company. It has remained there ever since. There are currently 122 official Pokemon video games and 9,110 distinct Pokemon cards in existence. The most recent video game in the series, Pokémon Legends: Arceus, was released for the Nintendo Switch on January 28, 2022. The most recent expansion for the card game, Brilliant Stars, came out on February 25, 2022.

The franchise is still very much a vital and beloved pop cultural fixture, and we are glad to be working with a collection that lets us wade into its waters once more (like pretty much every collectibles shop circa 1999, we sold the cards back in the day). If you’ve got a collection like it, we’d be happy to handle it too! Join us every Tuesday at 2:30 over on Popshop Live to see what wonders this collection holds, and come back here every Monday for another collectible goody that’s Consigned, Cool, & Collected!