Is Namor The Sub-Mariner An Aquaman Rip-Off? 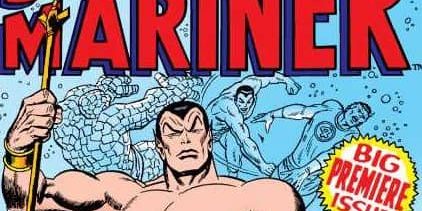 Hey there, movie fans! Over the Fourth of July weekend, some concept art from the upcoming Black Panther: Wakanda Forever allegedly leaked to the internet. It purports to show how the Marvel Cinematic Universe will handle The Sub-Mariner, one of Marvel’s original superheroes. We think it looks great (spoiler warning – you’ll see it later in this article, head’s up), but it got us thinking. See, it looks like Marvel’s making major changes to his background. While the direction seems really unique, it seems to be a strategic move to avoid being seen as a knock-off of Aquaman. That is understandable, but super unfair. Let us explain. 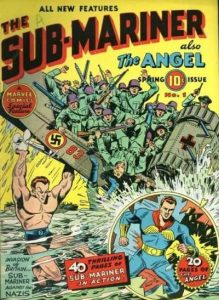 The Sub-Mariner, created by writer/artist Will Everett, debuted in 1939’s Marvel Comics #1. The Golden Age of Comics was just getting under way, with Batman having debuted only five months earlier. Timely Comics put Marvel Comics #1 out as their first ever comic book. In the 60s, they would adopt its name as their own. As long as the company now known as Marvel has made comics, The Sub-Mariner has been somewhere in their lineup.

The Sub-Mariner is is Namor, the half human Prince of Atlantis! He debuts investigating a shipwreck, running into the salvage crew in their old-timey diving bell suits. He quickly slays them, scuttles their ship on the surface, and reports the incident to Atlantis’ king. The king reveals that 20 years earlier, a scientific expedition had inadvertently destroyed their old city with depth charges. Princess Fen, Namor’s mother, explains that she conceived her son with the expiation’s commander. She did this expressly to use him as weapon against the surface world. The mighty Namor will be their revenge!

See, Namor is more than the sum of his parts. He can crush steel diving helmets with his bare hands, his skin resists knives and bullets, and lil wings on his ankles hold him aloft in the air. Namor is a force to be recokoned with on land, sea, and air. The story ends with Namor begining his war on the surface in earnest.

Namor is definitely an anti-hero in his early appearances, but he was battling Axis forces by the time his solo-series debuted in 1941. Suffice it to say, The Sub-Mariner was a hit, and hits spawn imitators. One imitator was Aquaman, who debuted in 1941’s More Fun Comics #73. 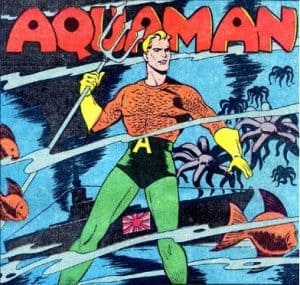 Fun Fact: Golden Age Aquaman can be ID’ed by his yellow gloves.

Created by writer Mort Weisinger and artist Paul Norris, Aquaman had no real name at first. The Golden Age Aquaman is the son of an undersea explorer who discovered the ruins of Atlantis. Sealing off one of its palaces, he raised his son down there. Deciphering Atlantean texts, he teaches the boy a variety of skills: how to draw oxygen from water, how to speak to fish in their own language, and strength training with sea bottom pressure. In all, a very stupid origin and the character was firmly b-list. He was popular enough that his feature continued for a long time, but not enough to warrant his own title or a spot in All-Star Comics’ Justice Society of America.

What he did have was luck. See, the headlining feature of More Fun Comics (and later Adventure Comics) was Superboy. As the popularity of superheroes waned after World War II, basically the ones to retain enough popularity to maintain their own titles were Superman, Batman, and Wonder Woman. Pairing with Superboy kept Aquaman afloat (*ahem*) through the 50s.

By the mid-50s, Marvel Comics was pretty well out of the superhero business. In 1959, writer Robert Bernstein and artist Ramona Fradon revamped Aquaman. He was now Arthur Curry, son of a lighthouse keeper and an Atlantean refugee. Arthur’s heritage grants him fantastic powers at sea and on land. Raised by his father, he would eventually learn that his mother had been princess of Atlantis, making him the heir to the throne. Gee, doesn’t that sound familiar? 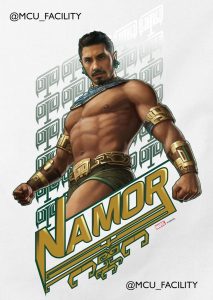 Aquaman was a founding member of DC’s Justice League of America in 1960, which was quickly a major hit. This prompted Marvel to try superheroes again with the Fantastic Four in 1961. Fantastic Four #4, published in early 1962, brought Namor the Sub-Mariner back as foe for the team. History repeated itself and he was headlining his own stories as a hero by 1965.

The two have coexisted ever since. Both have struggled to maintain solo titles over the years despite being mainstays of team books and anthologies. Unfortunately for Namor, DC dominated non-comics media from the 1966 up to about 2002. Aquaman headlined The Superman/Aquaman Hour of Adventure. Though Namor’s segments on The Marvel Super Heroes predate the Filmation show, it had a cushy network Saturday morning slot that Marvel did not. Further, Aquaman would be a mainstay of The Super Friends for the entire thirteen years the show aired. He long ago eclipsed Namor in the public consciousness, with his 2018 movie cementing that beyond all doubt.

Which puts Marvel in a bit of a pickle. On the one hand, Namor’s one of their oldest and most interesting characters. On the other, if they release a big budget movie featuring the half-human prince of Atlantis, it will look derivative of Aquaman. It appears that their solution is to tie The Sub-Mariner’s origins to South American cultures rather than Atlantis, making him a descendant of the Maya rather than the ancient Greeks. That goes a long way to differentiating him, and provides an interesting counterpoint to the likewise never-colonized Wakanda. We’ll see how it plays out in November.

Which, by the way, means it is now time to start thinking about what to do with that Sub-Mariner collection! The comic market is going to go wild for Namor once he’s offically announced. If you’ve got a collection of his comics and want to get ahead of the curve, Back to the Past will help you bring them to market! And if you want a comment or quote on something we’ve written about, we’re always available! We can be found dang near everywhere as @b2pcollect.