What is The Golden Age of Comics? 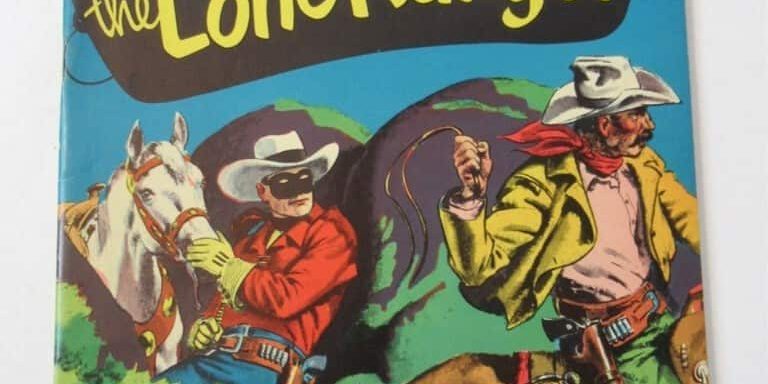 Welcome back to Hammer Drops! This week, we’re continuing to define some key collecting terms for you, once more from the world of comics. Our auctions often rely on terms like “Golden Age” and “Silver Age” to describe comic books. If you’re not already well-versed in comic book history, you may not know what those terms mean. Well, we’re here to tell you! 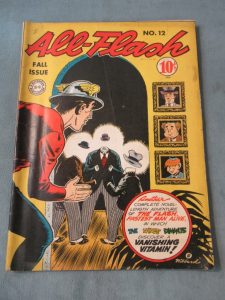 What Is the Platinum Age of Comics?

Breezing right past a lot of history (including the coining of the term “comic book” in 1897), the American comic industry began in 1933. That year, Dell Publishing released Famous Funnies #1. It was a collection of reprinted newspaper comic strips, sold for $0.10. Other publishers followed suit, and the modern comic book was born. Two years later, National Allied Publications debuted the first comic book featuring brand new material: New Fun Comics #1. They followed it later that year with a series ultimately named Adventure Comics. In 1937, they added a third title to their line-up, one telling mystery stories: Detective Comics.

This era is known as The Platinum Age, with comic books being relatively few and largely made up of reprinted content. That changed in 1938.

When Did the Golden Age of Comics Begin?

National Allied Publications debuted its fifth comic anthology in April of 1938 and changed American comics forever. The series was Action Comics, and its headlining feature was the debut of the first costumed superhero: Superman!  This is universally held as the moment the Golden Age of Comics began. This era lasted until 1956 and is marked by great change. Superheroes were the dominant genre during World War II but fell out of fashion as the audience aged. As the 40s gave way to the 50s, more “mature” genres took hold: true crime, romance, westerns, science fiction, and, above all, horror. 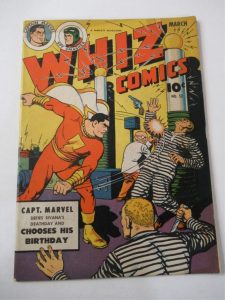 The absolute leader in horror comics was EC Comics, who launched their line in 1950. Lead by titles like Tales From The Crypt, they quickly dominated the market. In 1954, well-meaning uptight psychiatrist Dr. Fredrick Wertham published The Seduction of the Innocent, a book explaining that unwholesome comic books rotted young minds and turned them towards delinquent behavior. This prompted Congress to scrutinize the industry, which in turn decided to self-police rather than risk government intervention. The highly restrictive Comics Code Authority was born, and EC Comics (notably one of the few major publishers of day not involved in its founding) was quickly driven out of business.

Now toothless, crime and horror stories quickly lost their young adult reader base. It was time for an innovation, and it once again came from DC Comics. But that is a story for next week!

First and foremost, Golden Age Comics are thicc. They generally come in at 68 pages (pulpy thicker pages, generally), twenty-plus pages more than Silver Age and newer comics. Going right along with that, they are by-and-large anthologies. Series like Action Comics, Marvel Mystery Comics, Exciting Comics, et al will feature multiple short stories starring a variety of characters. While an anthology use stuck to just one genre (mostly superheroes during the war), there would often be single-page gag strips even in the most serious of comics. Even a title like Superman or Captain America Comics will feature multiple short-stories starring just one hero (and their sidekick, naturally). 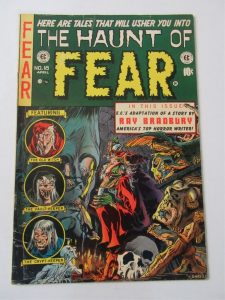 The other defining trait of Golden Age books is their price. For over twenty-years, ten cents remained the industry standard. Which contributes to those other defining traits taking a back seat. Throughout the 1950s, the expenses of producing comics went up, meaning that ten cent price was harder to maintain. Rather than budge on it, publishers began cutting page counts and, with them, the variety of features offered in a single issue. Whereas Action Comics launched the Golden Age with six features (plus two full-page funnies) in each issue, it ended it with just three.

Why Are Golden Age Comics Valuable?

Well, firstly, not all of them really are. Take Gene Autry, for example. There was a time when basically any issue of his title could net you fifty bucks or better, but that time has passed as Autry as has become less and less relevant with each new generation. It is important to consider that the “who’s the audience” factor still applies to Golden Age TV and movie comics, which were a hot new genre in the late 40s and early 50s. 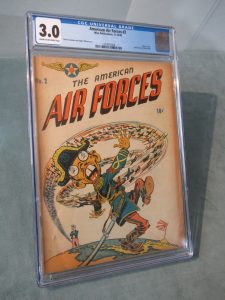 That said, wartime era superhero books? Those are still solid value holders, even one starring relative unknowns like The Black Terror. Superheroes are having a moment now that rivals even their Golden Age introduction and Silver Age revival in terms of popularity. Furthermore, those wartime comic books were often the victim of their ephemeral nature. They were paper kids’ stuff, rolled up in back pockets before being donated to a war effort paper drive.

Mass-produced novelties like comic books were still a pretty new thing, and so people didn’t think “Oh, I should collect this!” In fact, mass production encouraged just the opposite – it introduced the idea that printed materials were now disposable. That’s the heart of why even a beat-up comic from that era can be worth decent money. That’s were it pays  to let experts like your pals at Back to the Past look at a collection before deciding what to do with it: how are you to know that 4.5/10 condition issue of something called Whiz Comics worth four times as much as a 9/10 issue of Avengers from the 60s? but if you’re if you’re dead set on doing it yourself, come back next week when Hammer Drops fills you in on the Silver Age of Comics!