We must be overdosing; I don’t know how else to explain it. We’re obviously hallucinating, because we think characters like Superman and The Amazing Spider-Man are real. All the while, insisting that the Earth-2 Superman and The Ultimate Spider-Man are still imaginary; at least that’s refreshing, to know that we still acknowledge that some of these characters are only fictional constructs. I guess we’re not completely tripped out.

Maybe I’m being too cruel. Understand; I “get” it. I know what people mean when they differentiate a comic story or character that they consider real versus one that isn’t. I guess what I’m struggling with is: why it matters. I struggle with why readers and fans feel compelled to draw that definitive line between that oxymoronic thing we call imaginary realities. I struggle how a story that would anger, upset, or otherwise offend is made acceptable with the addition of that little Elseworlds logo on the cover.

So I therefore struggle as to why Grant Morrison’s All-Star Superman, for instance, is given less relevance because it falls outside a certain fictional reality. Why are the adventures of this version of the character considered any less “real” than that of the one being written by, say, J Michael Straczynski, or Paul Cornell? Especially when it’s a far superior work? If Morrison’s Superman had revoked his own citizenship, for example, would it have received the same attention that it did in Action Comics?

In fact, so problematic is this that we as fans can’t even agree on what’s supposed to be canon and what’s not. Fans had long accepted John Byrne’s redefinition of Superman’s origin in Superman: Man of Steel, but were not so accepting of Byrne’s similar attempt with Spider-Man in Spider-Man: Chapter One. And the most common reason I’ve heard for this is that Byrne’s alterations to Superman were well-regarded, but his tweaking of Spider-Man was reviled. So does that mean we, as fans, can flagrantly disregard continuity if it’s something we don’t like?

I will tell you: absolutely. Why should we feel bound by something we hate? Especially something as fundamental as a character’s origin? If we don’t like a story, we have a right to reject it. It’s our right as fans, and as paying customers. Byrne’s changes to Spidey have largely been wished to the cornfield by the fans. So have the love twins of Gwen Stacy and Norman Osborn. And the teenage Tony Stark. And the whole Heroes Reborn thing.

But when creators tamper with past continuity, we’re ready to have them fired, banned from comics, and finish out their careers writing obits for the Poughkeepsie Times. A lot of comic stories have been a mistake. And sometimes, publishers are smart enough to recognize that, and recognize when something should be disregarded in order to move forward. And when they do, they should be allowed to fix it, if possible, and pave over it, if not.

And, fellow fans, that’s where DC is right now. The DCU is being paved over, if not outright being bulldozed and rebuilt. 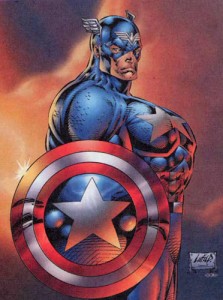 Continuity must die, and it is. And it had to, because it would have killed us, instead. Killed us, along with our ability to recognize a good story regardless of its place in some arbitrary, make-believe universe. And it would have killed comics, eventually, had they continued to tread down a road that had become all but impassable.

But, listen up, DC: don’t blow this. Don’t. Playing fast and loose with continuity doesn’t mean that if Jimmy Olsen breaks his arm in this month’s issue, that he should be trying out for the Metropolis Sluggers in the next. It doesn’t mean that new readers should be introduced to fifty parallel universes and expected to keep track of the differences between Superman from Earth-12 and the one from Earth-27. And for Rao’s sake, it doesn’t mean we need yet another telling of Superman’s origin.

There’s a difference between continuity and editorial discipline. Loosening up the strangling effects of rigid continuity does not grant an editor the right to blatantly discount basic storytelling. Disregarding a Challengers of the Unknown story from forty years ago is one thing; disregarding one from last month is another. And regurgitating old stories should never be done at the expense of telling new and exciting ones.

And continuity is reborn.

Category: Comic BooksBy Jim JohnsonAugust 30, 2011Leave a comment
Tags: I Will Tell You