Diamonds in the Rough (or “Popularity Pays”) 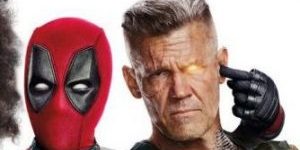 Welcome back to Hammer Drops, where we here at Back to the Past share our hard-earned collectibles evaluation knowledge with you, complete with easy-to-grok examples! Today, we’re looking at three lots from our Wednesday September 23rd “Comic Books, Toys, and Collectible Media” session and what they tell you about key issues.

Specifically, we’re looking at these lots:

The early 1990s represented a fairly big bubble for the comics industry, one that popped around 1997 when Marvel filed for bankruptcy. Fueled by headlines of Action Comics #1, among others, selling for small fortunes, the idea of collecting comics as a commodity was born around this time. Comic companies took advantage of this by hyping up new characters, relaunching titles with new #1s in place of continuing old numbering schemes (New Mutants becoming X-Force, for example), printing issues with multiple variant covers, and creating “Cover Gimmicks” that made issues stand out on the shelf (at least until everybody was doing it).

These sold quite well, with 1991’s X-Men #1 and its six different covers still holding the record for Best Selling Comic in History with an estimated 8,186,500 units moved. This generally made them a terrible investment, with the aforementioned X-Men #1’s value just about keeping pace with the inflation value of its cover price nearly thirty years on.

Scott Lovejoy, the Cable to Back to the Past’s New Mutants, points out, however, that sales figures from those days would only account for how many copies retailers bought. Our own dusty supplier invoices show we bought a LOT of copies of nearly everything put out in those days, but our back issue bins and overstock boxes often told the sadder tale of how many copies actually left the building.

The Teachable Moment: Nothing Trumps a Key Character

So what exempts these three issues from just barely being worth cover price adjusted for inflation? Simply put, the characters introduced therein are still popular and merit solo titles, spots in team books, and appearances in big budget Hollywood movies.

If you look at the cover of New Mutants #98 pictured above, it boasts the first appearance of a villain named “Gideon” in addition to Deadpool. You will note that this not mentioned at all in the lot description, and that’s because no one cares about Gideon. This is also evident with the very next issue of the title, 1st appearance of X-Force founders Shatterstar and Feral, which sells for a respectable but unimpressive $10-20. Shatterstar has his fans and has been a fairly reliable fixture of X-Books since his debut, but he’s no Deadpool. Feral, by that token, isn’t even Shatterstar.

Every third comic of the early 1990s boasted the shocking debut of a new character, heck there are entire events devoted to churning them out. You need to know who the characters are if you want to tell the difference between the 1st appearances that are worth $2, $20, and $200, and we here at Back to the Past have that knowledge because we’ve been around longer than most of these characters. So if you’re thinking of selling a collection of comics, it’s a good idea to let experts like us have a look and help you figure out what’s what and who’s who.

And it’s never a bad idea to come back here in two weeks for a new Hammer Drops!