Is There Value In Reprints? 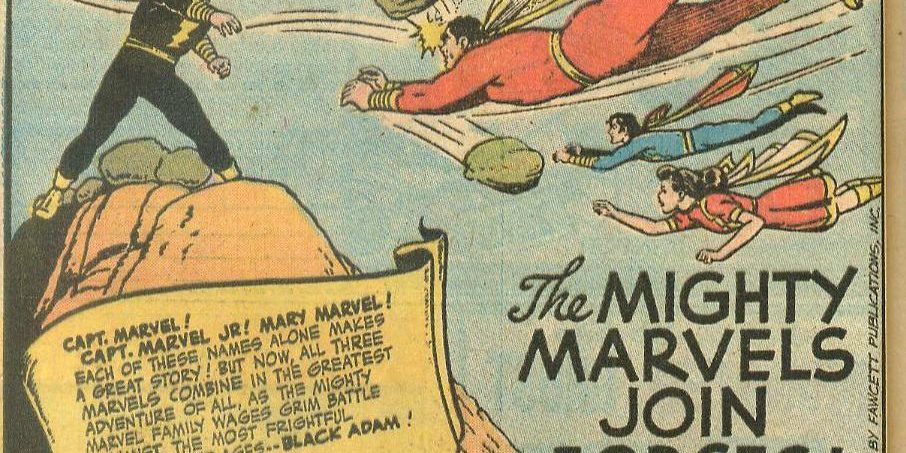 Welcome back to Hammer Drops! Each week, Back to the Past reads the tea leaves of recent auctions, interprets them through the lens of our collective decades of experience, and share our best tips with you. Today, we’re looking at some comics from recent auctions to determine if there’s any value to be had in reprints or second printings. 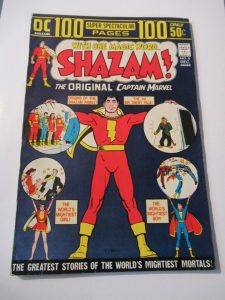 Since October 2, 2021, we have seen several copies of Shazam! #8. Hitting newstands in fall of 1973, the issue is a 100 page giant that reprints various Golden Age stories starring the original Captain Marvel and his sidekicks. On average, it’s selling for $20. That’s not retirement money, but that’s solid money for a Bronze Age single issue and more than the single issue price of anything else from that run aside from the first issue. Which brings us to the question: why?

One of the stories reprinted in the issue is the cover story from 1945’s Marvel Family #1. That tale saw the wizard Shazam unite his champions Captain Marvel, Mary Marvel, and Captain Marvel, Jr. against a champion from long ago who had broken bad. It took their combined might to bring down the threat of Black Adam, a fitting start to this team-up series. As the first and only appearance (at least for several decades) appearance of now iconic Marvel Family foe Black Adam, this book is a highly prized key issue. A banged-up copy will sell for dang near $500, and they go up rapidly from there.

Due to Captain Marvel’s complete disappearance from the comic scene between 1953 and 1973, Shazam! #8 is the first ever reprint of that story. That means that it was Black Adam’s introduction to many comic fans who grew up in the Silver and Bronze Ages of comics. If you want to own Black Adam’s first appearance and aren’t prepared to spend thousands of dollars, Shazam! #8 is the closest you get in the vintage realm. There have been several modern reprints if the story, but those don’t have quite the same panache to collectors that the Bronze Age one has. 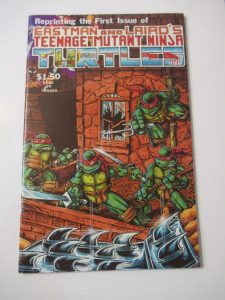 It’s common wisdom that everybody wants the first printing of a new comic. Most often, it’s the first print that rises in value for a highly desired book and successive printings don’t keep pace. So then, why were some of the most valuable single comics in our December 22 auction session 2nd and later printings?

Because they were issues of Teenage Mutant Ninja Turtles. As we have discussed before, TMNT was the product of an ultra indie operation: early Mirage Studios comics were hand-stapled, financed with tax refunds and loans, and distributed entirely on the convention circuit. While Teenage Mutant Ninja Turtles #1 was their most professionally produced comic when it debuted, it still had a low print run and almost non-existent distribution. When it became a surprise hit, it sold out fast. That applied to successive printings, and to the next few issues of the series. As the TMNT’s popularity grew, it took Mirage Studios a minute to find the right size of print run, resulting in that first year of issues each receiving multiple printings. Mirage, to their credit, created new covers and even added back-up stories to these successive printings. That’s not common practice today.

As such, our fourth printing copy of Teenage Mutant Ninja Turtles #1 sold for $90 and second printing copy of TMNT #7 (their origin issue) solid for $80. They won’t be making you a millionaire, but value adds up fast if you’ve got a collection of comics in this price range. 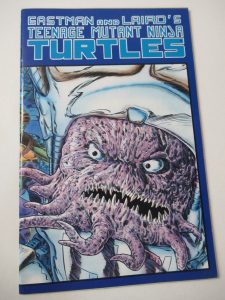 What Does This Teach Us?

The lesson to take away here is that some reprints do have value, though not as much as first printings. When the true first printing of a comic is so rare that even beat up filler copies are worth hundreds of dollars, more casual collectors will turn to reprint copies like the ones discussed above to fill in their collections. That, in turn, makes them sought after and provides with greater values than expected.

Back to the Past’s own empowering wizard, Scott Lovejoy, points out another wrinkle. When it comes to successive printings like the TMNT issues, such things were just plain rarer, prior to the 90s. When newstands were the primary home of comic books, print runs were large and came with the expectation of returned copies. If a whole print run sold out, the publisher had done quite well for themselves. The rare surprise mega hit might get a second printing (we’re looking at you, Star Wars #1), but for the most part runs were one and done.

As comic books moved into specialty shops in the late 80s and early 90s, print runs got a little smaller and returned copies became a thing of the past. Perhaps buoyed by the runaway success of Teenage Mutant Ninja Turtles #1’s successive printings, second and later printings became much more common. As print runs have apparently shrunken further over the last thirty years, those later printings have become the standard for basically any hot book. This has made them a common occurrence, and killed their value. Likewise, the rise of collected editions of older comics have killed both the marketability and value in straight reprints of old content in the style of Shazam! #8.

Point being, this is a case where a little bit of knowledge is a dangerous thing. If you know that reprints and second printings are of low value in the modern market, you might overlook older reprints and later printings that do have value. That’s why it pays, often literally, to let experts like Back to the Past help you sell a collection. Or at least listen to our wisdom, every Wednesday in Hammer Drops!