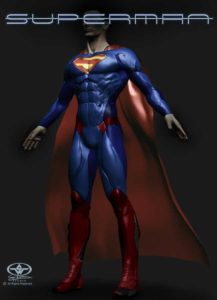 Welcome back to Scripting Errors, a periodic feature where we look at movies that might have been! Today’s entry is the single best Valor script ever written, Superman: Flyby.

J. J. Abrams, circa 2002. Felicity had just ended, Alias was just beginning, and his big directorial break with Mission Impossible III was still four years off. He’d have been a relatively fresh faced golden boy writer, a solid pick for revitalizing a franchise that had been dormant for 15 years and putting DC movies back in the summer blockbuster tent (there not having been such a flick since 1997’s one-two punch of Batman & Robin and Steel).

His script was ultimately shelved as directors passed through the revolving door and producers noticed it wasn’t really that good of a Superman story. 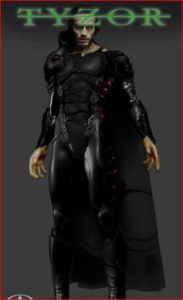 Twenty-nine years ago, a civil war engulfed Krypton and Jor-El, the planet’s leader, rocketed his son Kal-El to the planet Earth to protect him from the rebellion lead his brother Kata-Zor. Adopted by the kindly Kents and renamed “Clark”, he develops strange powers on the planet Earth and discovers his alien heritage. He goes public to the world as Superman, inadvertently exposing his location to his wicked uncle and bringing his cousin Ty-Zor to Earth.

Meanwhile, CIA agent Lex Luthor hunts for evidence of alien life on Earth while hiding his own dark secret…

One actor to screen test during attempted development of this flick? A young, moustachless Henry Cavill.

This script would make an interesting movie, but a terrible Superman movie. As joked above, it would (with some heavy edits) make a pretty cool feature for Valor AKA Mon-El AKA M’Onel AKA Lard Gand flick, but I think approximately no one (other than perhaps Greg Turner) has asked for such a thing in the history of both Mon-El and comic book movies.

Come back next week for a New Installment of Strange Times & Places!