How Did Star Wars Influence The Funny Pages? 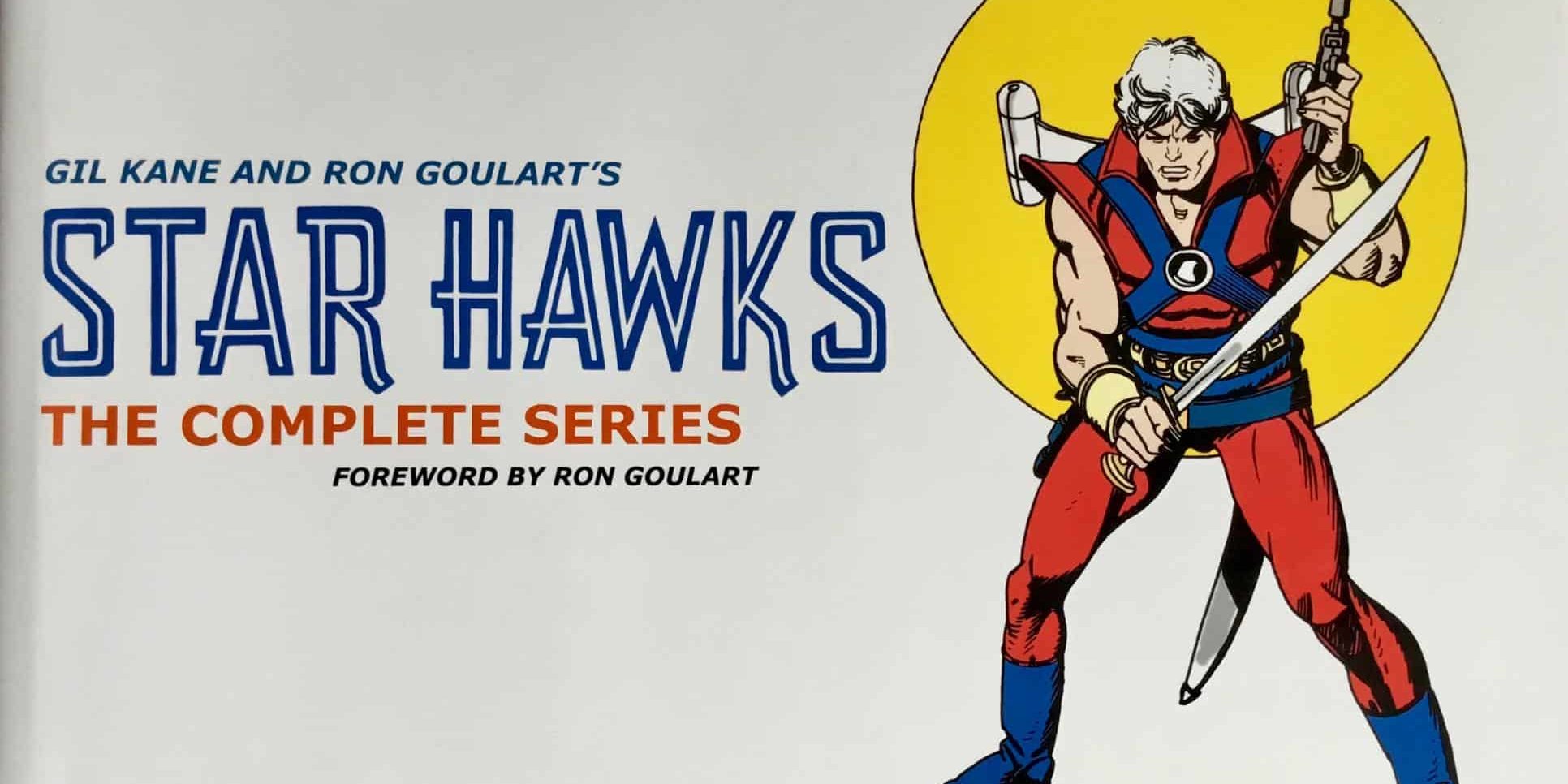 The Launch of the Star Hawks

Welcome back to Consigned, Cool, & Collected, where we here at Back to the Past wax poetic about our wares. This week, we’re looking once more to our eBay store and the 2004 complete collection of the short-lived Star Hawks comic strip from Hermes Press we recently sold from it. 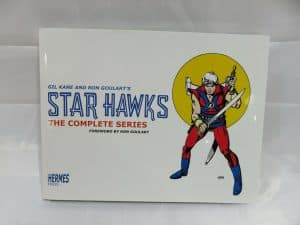 Two of the biggest comic strips of the 30s & 40s were Buck Rogers in the 25th Century A.D. and its copycat Flash Gordon. Both followed All-American heroes having adventures in sci-fi setting, Buck in the distant future and Flash on a distant planet. Both inspired film serials starring Buster Crabbe in the 30s and live action shows in the 50s, and continued on comics pages into the 60s (Rogers would disappear entirely from comic pages in 1964, Gordon would run until 1993). They would spawn countless copycats, including characters from basically every comic publisher of the Golden Age.

These characters, especially Flash Gordon and his three film serials, served to inspire young writer/director George Lucas as he developed the film that became Star Wars. That film’s runaway success lead to mainstream revivals of science fiction as a whole and space opera in particular, including film and TV projects based on Flash Gordon and Buck Rogers. This genre revival also lead to the creation of a brand new space opera strip, The Star Hawks by writer Ron Goulart and artist Gil Kane.

You can find high quality collectibles from the Sci-Fi and Space Opera revival right here at Back to the Past. 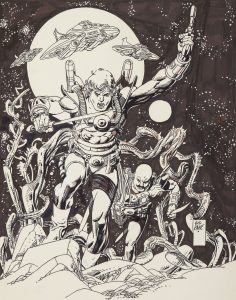 A pin-up of Star Hawks lead characters Rex and Chavez by Gil Kane.

It is important to note that Kane & Goulart did not create the strip in response to Star Wars – the strip debuted only about four months after the movie, and major syndicates simply don’t move that fast. It did, however, help to sell it to papers. By 1977, Ron Goulart was already well established as an author of both non-fiction (with a focus on pulp novel and comic strip history) and sci-fi/adventure novels (including adaptations of The Phantom, Vampirella, The Avenger, and even Flash Gordon) and was itching with the desire to bring back the largely forgotten space opera adventure strip genre. Gil Kane was a natural choice for him to collaborate with on such a thing, having established himself in the comic book world on sci-fi heroes like Captain Comet, Green Lantern, and Flash Gordon copycat Adam Strange.

The strip was a classic space opera adventure tale featuring outer space lawmen, the eponymous Star Hawks, battling various nogoodniks out amongst the stars. The series ran from October 3, 1977 until May 2, 1981 for a grand total of 1,252 strips. Goulart would also publish two prose novels starring the characters. Goulart would leave the strip in 1979, being succeeded as writer by a series of comic legends (including Archie Goodwin, who was also writing the Star Wars comic strip by then). Ernie Colón and Howard Chaykin would follow Kane on art duties.

The series was largely forgotten after its run ended, at least until Hermes Press put out this one-volume collection of the entire series in 2004. That was followed by a three-book series of reprints in 2017 from IDW Publishing, presenting the same content in slightly more digestible (if, on the whole, pricier) chunks. The Star Hawks is proof positive that something can be a beloved classic even if it doesn’t have mainstream appeal, which is why it never hurts to let experts like your friends at Back to the Past look at an inherited collection before you pack it up for donation. We’ll see you here next week for even more stuff that is Consigned, Cool, & Collected.