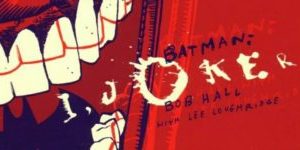 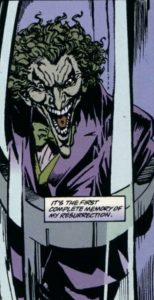 Welcome back to Strange Times & Places, where today I’ve noticed that The Joker’s been getting a lot of protagonist love lately – so we’ll be reading 1998’s prestige format one-shot Batman: I, Joker, in which Mr. J is a straight up hero.

It takes place in a distant possible future, which would put it under the label of Imaginary Story for our purposes.

Every year on the Winter Solstice, The Bruce – God-King of Gotham and leader of the Batman Cult – resurrects some of his greatest foes in a festival known as the Night of Blood.

He will hunt down and kill these villains, though not before they claim some innocent lives, and any citizen who beats him to the punch gains the right to challenge him for the title of The Bruce. But all is not as it appears, and it will take the unique brand of chaos the “resurrected” Joker can cause to bring that to light.

Come Back Next Week for a Special Installment of 1 out of 5 – Would Recommend!