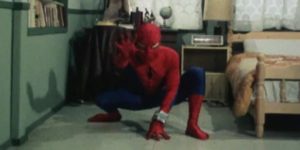 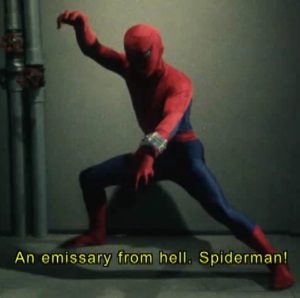 “Friendly Neighborhood” has a different meaning in Japan, I guess.

Welcome to Tokusatsu Gesundheit, where we blame Stan Lee for Power Rangers. We’ll back up that bold claim while we watch the first two episodes of Japanese Spider-Man!

Young motorcycle racer Takuya Yamashiro’s father is murdered while investigating the evil Iron Cross Army in an attack that nearly claims Takuya’s life as well. The mortally wounded young man stumbles into a cave inhabited by alien warrior Garia of the planet Spider, who injects him with some Spideran blood. The blood, along with a web shooting Spider Braclet and giant fighting robot Leopardon, turns Takuya into the super powered Spider-Man! 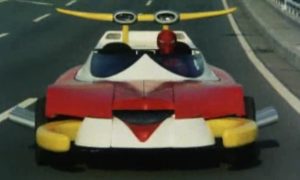 Toei (the studio behind Super Sentai and Kamen Rider) and Marvel omics entered into a deal with one another to share intellectual property for three years back in the 1970s. The initial plan was to just do a straight adaptation of Spider-Man as a supporting character for a Japanese hero but some undetailed executive meddling lead to…this. It’s become the wacky stepsibling of Marvel’s usual Spider-Man takes (notably having a strong showing in Spider-Verse), so it worked out.

But How Does That Lead To Power Rangers? 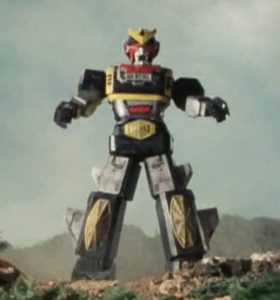 First, this show’s successful blending of costumed super heroics with super robot fights prompted Toei to give Sentai another shot after the disaster of JAKQ – only this time, the heroes hopped into a giant robot to finish off the monster of the week. The resulting series, the Captain America-inspired Battle Fever J, saved the newly renamed “Super” Sentai franchise. Second, Stan Lee’s Marvel Productions had tried to get an American adaptation of Super Sentai off the ground to no avail in the 80s. By 1992, one of Stan’s producers on the project – Margaret Loesch – was president of Fox Kids and when Haim Saban came into her office pitching Power Rangers (an American adaptation of Super Sentai)…let’s say she still thought the idea had merit.

Japanese Spider-Man would be remembered today regardless of quality, by virtue of being a really strange adaptation of the most popular hero on earth. However, it’s a solid example of 1970s tokusatsu with good fights, above average monster suits, and a really cool giant robot (as long as you don’t focus on the leopard head coming out of his back). It stands pretty well on its own, and it is worth watching. 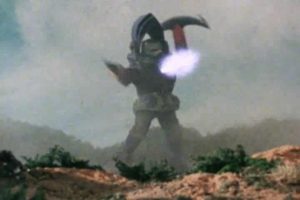 Y’know, Peter Parker’s life would be a lot easier if he just threw swords at his enemies.