What Counts as a Low Grade Comic? 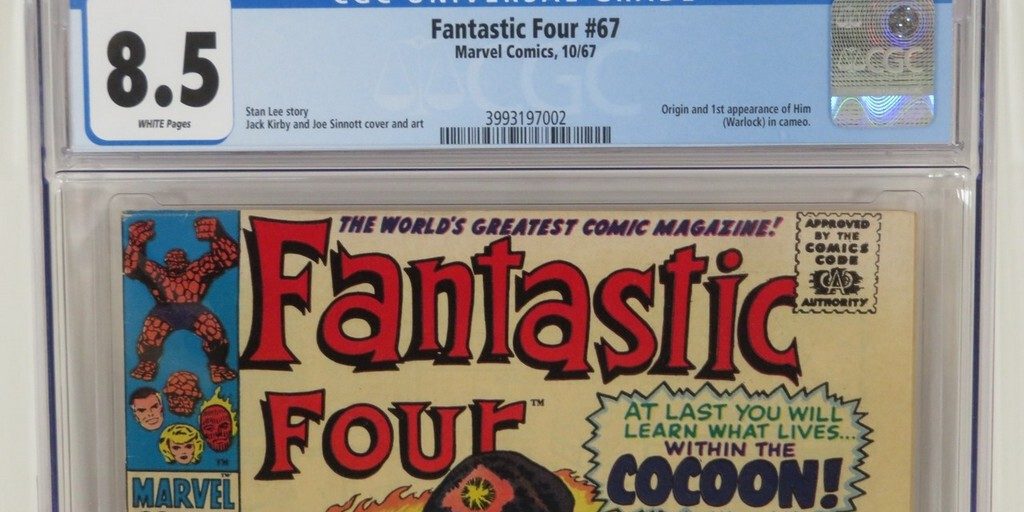 Welcome back to Hammer Drops! Each week, Back to the Past shares its voluminous knowledge of the collectibles market with you, the dedicated do-it-yourselfer. This week, we’re thinking about CGC graded comics. A ton of them are coming to auction this weekend, ranging in grade from a 3.5 to a 9.8. We don’t mean to toot our own horns, but most are in that higher end – only a few key books came back lower. So the question is this: when is a low grade comic worth grading? 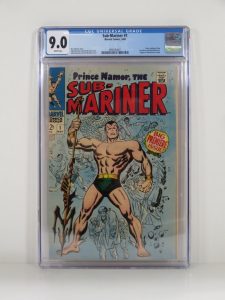 (While we’re thinking of it, don’t forget to check out this weekend’s auction sessions! They are 1000 lots over three nights, including a live grand finale on Saturday. They’re all from a single-owner collection that’s a veritable time capsule of the Silver and Bronze Ages of Comics, including a ton of key issues. If you only attend one auction this year, it should be Saturday the 21st..)

What’s a “bad” grade to get from CGC? Well, it depends a bit on what you’re having graded. For modern comics, I.E, ones publishes in the last thirty years, anything less than a 9.6 or so isn’t worth the time, money, and effort. Something as low as an 8.0? Forget about it.

The reason for that is the rise of the collector market. Comics in the last thirty years have predominantly been bought by collectors on the direct market. Some shops back in the 90s gave away individual bags and boards with purchases to aid in their protection. There was an expectation that these would be read gently and stored carefully. And thousands upon thousands of copies were. As such, the supply of them in high grade is, well, high.

Ergo, getting anything less than a Near Mint copy graded is a fool’s errand. There’s a cost associated with grading, both for the service and the shipping back and forth. While fairly reasonable, modern comics can quickly drop to a net loss even in VF condition. 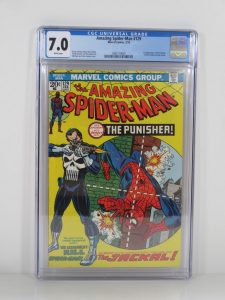 The story is different for older comics. The further back you go, the less collector-oriented the comic market was. Comics were sold unbagged on harsh metal spinner racks. Subscriptions were folded in half to save on postage. And, most of all, they were bought by kids. Even the older edge of the audience, teens, were minors. Comics were meant to ephemeral, no more inherently collectible than Life Magazine or the sunday funnies.

As such, older comics get a wider latitude when it comes to value and grade.For example, we’ve got Avengers #4 (1st Silver Age appearance of Captain America) and Amazing Spider-Man #14 (1st appearance of The Green Goblin) coming to auction this weekend in 2.5/10 and 3/10 grade respectively. If they were modern books, they’d be bound for the trash can. But they’re not – they’re nearly sixty years old at this point! Their paper is acidifying, the original owner was a child when he bought them, and the concept of a “collector community” was in its infancy. 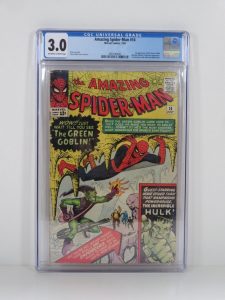 According to the CGC cenus, nearly one third of the 4,652 copies of Amazing Spider-Man #14 they’ve graded have been a 3.0 or lower. A mere 243 have been 9.0 or higher. Numbers on Avengers #4 are comparable. It’s just not easy to find comics from the 60s in those higher grades.

CGC is valuable because they are an impartial third party, so neither buyer nor seller can bring biases to grading. It is not that they are the definitive, unerring master graders. Stories abound of folks who, unhappy with a grade, cracked a case open and sent the comic in again to successfully get a different result. When the shift of a couple points turns into a couple hundred dollars, that can be very worth it.

Point being: it’s ultimately your decision when a lower grade is worth certifying. It’s definitely an added bit of overhead when it comes to selling a collection, but the peace of mind it creates for buyer and seller alike can be important. If you’re doubting the skill of your eye to make that call, that’s fair. Our lead graders have been doing this for longer than a lot of our staff has been alive! Put those experienced eyes to work for you and let Back to the Past bring your collection to market! Or just gain the wisdom of that experience every Wednesday in Hammer Drops!