What is the Bronze Age of Comics? 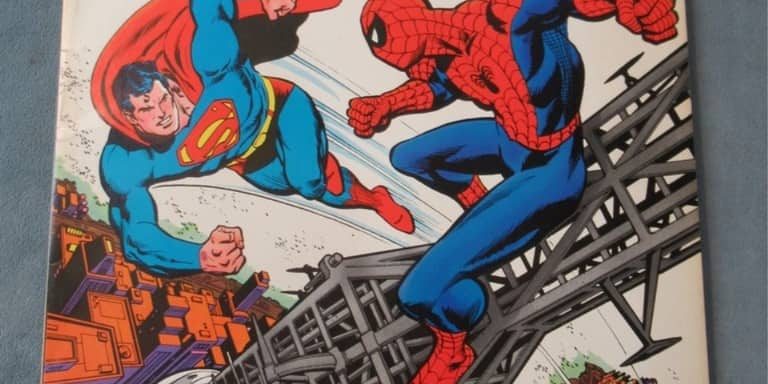 Welcome back to Hammer Drops! This week continues our recent series of “comic related definitions” with a look at what separates the Bronze Age of Comics from the Silver Age. Let’s dig in! 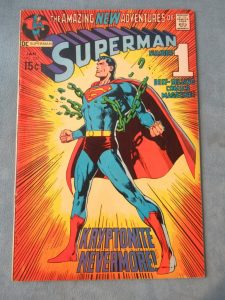 Unlike the Golden and Silver Ages, there’s no one single moment that people peg as “The Beginning of the Bronze Age”. Several key things happened in the opening days of the 1970s that heralded major shifts away from the kid friendly, often high-camp tone prominent in the Silver Age.

One of the first such events was the addition of fans to the industry. By the late 60s, kids who had grown up reading comic books were old enough to be joining the industry in droves. Roy Thomas, Dennis O’Neil, Gerry Conway, Mike Friedrich, Marv Wolfman, Len Wein, Neal Adams, Berni Wrightson, Jim Aparo, and dozens more represented the first major wave of professionals who had a lifelong love of the medium. They brought fresh perspectives to the industry that pushed forward the changes in storytelling started by Stan Lee in the early 60s.

This can be exemplified by Green Lantern #76, published at the dawn of 1970. At the time, Green Lantern’s solo series wasn’t selling so well and DC decided to add Green Arrow to it in an attempt to revive interest. Young bucks Dennis O’Neil and Neal Adams were put on the series and given a long leash. O’Neil and Adams followed up on development they’d put Green Arrow through in other titles and made him a progressive crusader rather than the millionaire playboy he’d been in prior eras. The newly minted crime-fighting team embarked on a cross-country road trip with an eye towards threats to the common man rather than the cosmos or the wealthy. 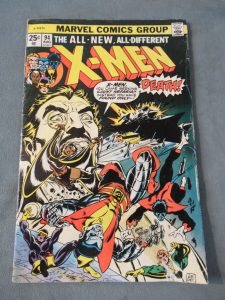 The Comics Code Loosens Up

In 1971, the United States Department of Health, Education and Welfare got in touch with Marvel Comics. Spider-Man was hugely popular with the youth, and the Nixon Administration was kicking off the war on drugs. They wanted Stan Lee’s help by crafting an anti-drug story for the pages of Spider-Man. It ran from Amazing Spider-Man #96-98 and featured Peter Parker’s friend Harry Osborn overdosing on drugs. It was successful at the time, leading DC Comics to follow Marvel’s with the iconic “Snowbirds Don’t Fly” story in the pages of Green Lantern in 1971.

The only problem with the Spidey story? The Comics Code Authority had a hard prohibition on the portrayal of drug use. As such, the story shipped without a code approval stamp. The CCA’s leadership, realizing that being more artistically conservative than the Nixon administration wasn’t a good look, revised their rules in 1971. This caused the much more explicit GL drug story to ship with code approval.

The other notable revision was the removal of rules forbidding supernatural monsters. This lead to a major resurgence in horror comics, though they’d never entirely died out. This was also responsible for an explosion of supernatural superhero characters. Ghost Rider, Son of Satan, Swamp Thing, Man-Bat, Man-Thing, Werewolf by Night, Morbius The Living Vampire (now in theaters!), et al exist in part because the ban on spooky characters was lifted. 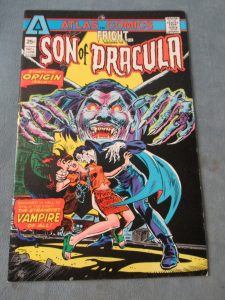 One reliable trait of comics from the Bronze Age is steadily rising prices. The aforementioned Green Lantern #76 cost $0.15, a five-cent rise in price from where the series had begun a decade earlier. By 1983, a commonly held end point for the Bronze Age, the series was $0.60 an issue. That’s considerably more of a jump than one penny every two years, right?

Another notable trait of the Bronze Age is the black and white comic magazine. Published in the slightly larger size and often complete with articles, these comics were legally classed as magazines. As such, they could be carried on newsstands without the Comics Code Authority’s approval. Comic stories featuring sex, violence, and (pre-revision) monsters were freely published in such magazines. Warren Publications was the biggest name in the that game, but Marvel had great success with it too.

This era is marked by nebulous factors. Does it star a vampire AND boast a code sticker? It’s probably no older than the Bronze Age. Is there a non-white character on the cover and/or in the title? Again, Bronze Age at the earliest – both Black Lightning and Shang-Chi (among many others) date to this era. Is the comic a swords-and-sorcery adventure? Marvel’s licensing of Conan The Barbarian in 1970 opened comics to the fantasy genre in a way that it really never had been before.

According to Wikipedia, the Bronze Age ended in 1985 and ushered in the Modern Age of comics that persists to this age. According to those in the collecting trenches like us, it ended in 1983 (just before the age of the event series), ushering in the Copper Age of Comics, and the “modern age” didn’t kick off until the early 90s. No matter how you look at it, the lines of demarcation only get hazier from here.

As those lines between eras blur and become fodder for internet arguments, it takes a keen eye to discern what’s what. A keen eye that we here at Back to the Past have spent decades developing. If you’ve got a comic collection that you’re ready to bring to market but have no clue how to sort, we’re happy to do the hard work for you. And if you’re dead set on doing it yourself, Hammer Drops is here every Wednesday to give you tips and tricks.