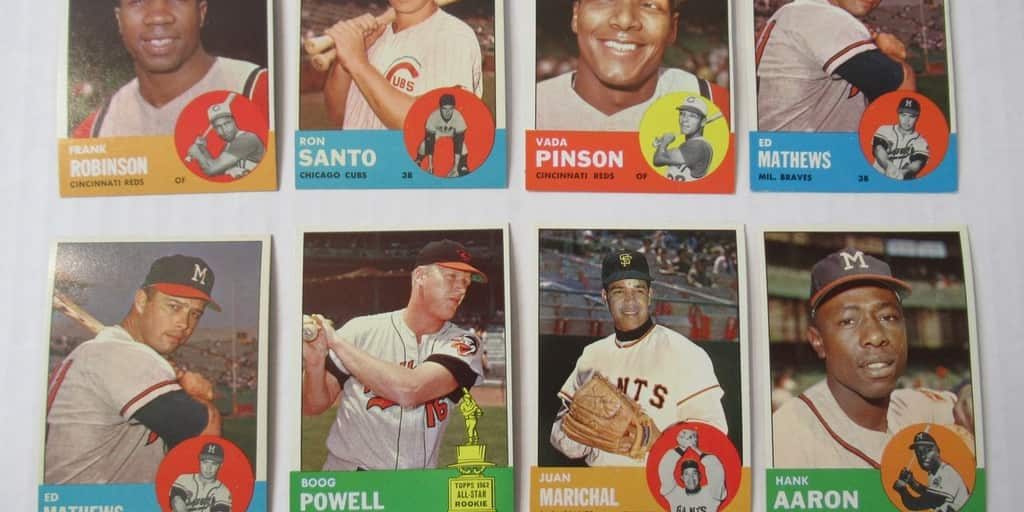 Welcome back to Hammer Drops! Every Wednesday, your pals at Back to the Past share our wealth of collectibles sales experience with you using examples from recent auctions as illustration. This week is no different, with us taking a look at the world of sports trading cards and what makes them valuable. We’ll be using examples from our February 16 auction session to explain what we’re talking about. 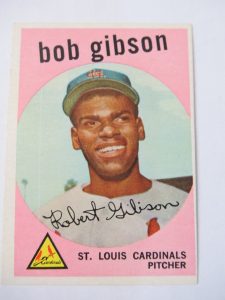 Believe it or not, one of our own actually went to high school with a professional football player. The player’s name is Myles White and he’s played for the Green Bay Packers, the New York Giants, and the Toronto Argonauts. However, he was one of the majority of the NFL’s 1,696 players – the ones who get to live the dream and  play pro ball but don’t make a huge splash doing so. The man’s visage has graced a few trading cards over the years, but we doubt that anyone outside the Adlai E. Stevenson High School alumni community value them very highly.

We say all this to make a point: a lot of sports figures get trading cards, especially these days. Relatively few of them go on to be big names, and even fewer still are big enough names to stand the test of time. The most highly valued single cards from our auction included legendary St. Louis Cardinals pitcher Bob Gibson’s 1959 Topps card, Football legend and movie star Jim Brown’s 1962 Topps card, and a 1966 Topps card of Yankee great Mickey Mantle.

Even people who don’t care much for “sportsball” have heard of those guys. They are Hall of Fame players, they are the guys on the Wheaties box. That’s a key factor in sports trading cards accruing value, as items that appeal to one specific generation quickly fade in value. For a non-sports example, look at the tumble in value that Roy Rogers items have taken as the Silent Generation and Baby Boomer audience who grew up with him has aged out of collecting. For value to continue to grow, or even remain steady, new people have to care about an item. Being a legend in your own time really helps with that.

Fame, however, is not the only factor that matters. In modern basketball, one doesn’t get much more famous than Kobe Bryant. The man played professional basketball for twenty years, with one quarter of that spent as NBA champion. He played in the NBA All-Star Game for eighteen of the twenty years he was in the league. He was a legend in his own time, and his tragic death in a helicopter accident two years ago shocked the nation. And in our 2/18 auction, a group of fifty Kobe Bryant cards, including two rookie cards, realized a price of $180. 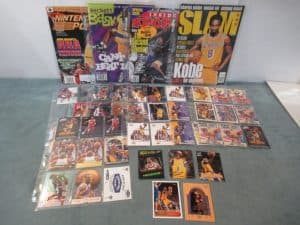 That shouldn’t by any means be taken as a comment on Kobe’s legacy. Instead, its a comment on the value of modern sports cards. As the collector market grew in the 80s, so too did print runs. Most folks would peg the golden age of sports trading cards as the 50s & 60s, but the number being made in the 80s & 90s dwarfs the print runs of the golden age by quite a bit. Further, older cards were bought primarily by kids. They were stored in blue jean pockets, stuck in bike spokes to make motorcycle noises, and tossed out with the garbage by teens too cool for kid stuff.

The few who didn’t became collectors. They kept buying sports cards with their adult-sized disposable income, and tilted the industry towards their needs. Those needs included keeping cards in the best condition possible. So cards from the 90s, like Kobe Bryant rookie cards, are by and large in good shape. We would guess that there are several orders of magnitude of gem mint cards from the 90s for every one from the 50s. 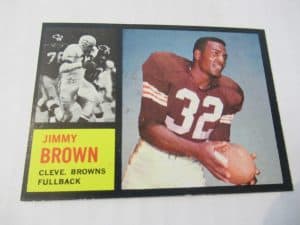 The last factor, the secret factor in any collectible’s value, is luck. Luck that you have a card of the right age, of the right person, from the right set, to be sitting on some good money. While trading cards are pretty easily researched (as opposed to, say, cast iron toys from before the age of trademarks), it can still be quite the undertaking. People who collect cards tend to collect hundreds of them and, unless you share the hobby, you’re looking at lot of research to figure our which ones are the diamonds in the rough.

Which is why Back to the Past Collectibles is here to help! We have specialized knowledge in a wide variety of collectibles. We’ve made it our job to use that knowledge to get the best value for you out of an inherited collection. So if you’ve got a collection that you’re looking to sell and have no idea how to start on, we encourage you to drop us a line. And if you just want to eat our brains and gain our knowledge, Hammer Drops is here for you every Wednesday.