Who’s That Girl in This Old Yearbook? 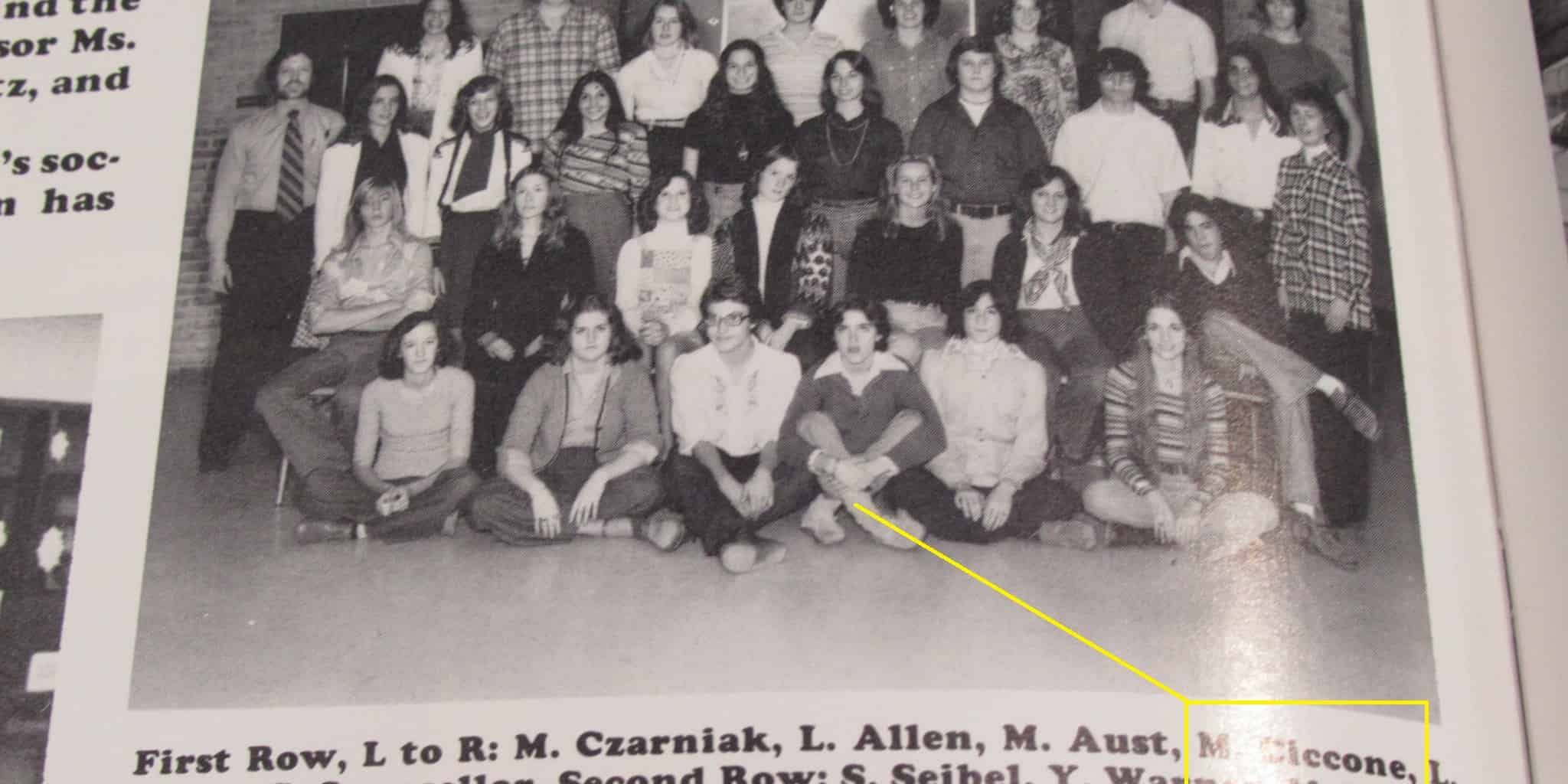 Welcome back to Consigned, Cool, & Collected! Each week, Back to the Past uses these pages to heap appreciation on the stuff that comes through our doors. This week’s example is a real doozy, something that is pure Michigan. It’s a set of Rochester Adams High School yearbooks from 1973 to 1976. Why are those interesting? That’s when the eldest daughter of the Ciccone family attended. She’s best known today by her first name alone: Madonna. 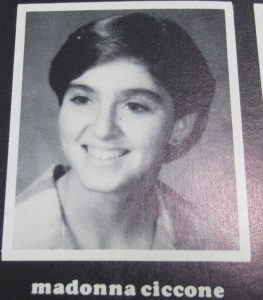 It is both fascinating and bizarre to look through these year books. Your first instinct is that a superstar like Madonna would be on practically every page, but that’s not yet who she was. We can tell you that she was a member of the Thespian Society (which tracks so hard), but the overwhelming feeling you get looking at a teenage Madonna is “pretty normal”. Probably a bit of theater kid weirdo, but we’ve known a ton of those. None of them wrote something like “Lucky Star”. At no point do you look at her and think “Yeah, that’s someone who will be a popstar within ten years”. 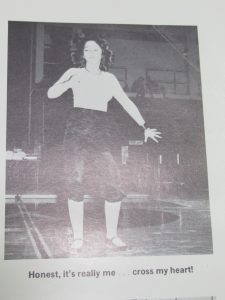 Madonna at her Junior Year Winter Carnival, with the most on the nose caption.

But that’s how it goes, doesn’t it? There’s the famous (and possibly apocryphal) NYU student Facebook group “Stefani Germanotta, you’ll never be famous” mocking their classmate’s dreams of stardom. In fairness to them, they are part right: most folks only know her as Lady Gaga these days. Lots of young adults dream of fame and fortune, including 95% of theater kids (a category that included both Madonna and Lady Gaga). Most of them go on to perfectly average futures, like becoming oncology nurses or therapists or writing blogs for a collectibles auction house.

When I was in community college, one of my classes included an older woman who had grown up in California. She told the class that when she was a kid, she’d bullied her classmate Clint Howard into giving her his autograph by refusing to let him on the school bus until he did. Other than being a pretty amusing story, this highlights something important: even celebrities spend part of their lives as normal people! They go to school, they have day jobs, and even after they hit they need normal people stuff. Heck Prince was a late-night regular at the Cub Foods in Chanhassen, MN before his death. Before and after being famous, stars still have to exist in the real world with the rest of us. 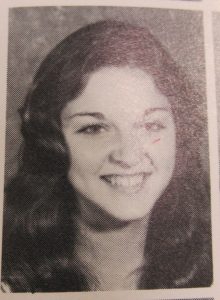 And in the wake of that existence, they leave traces. Credit card receipts they have to sign, yearbooks with their picture, etc. And, if the provenance is good, that can take the usually disposable ephemera of life and elevate them to collectibles.

Value in the Forgotten Past

Would you know it if a famous person had grown up in your hometown? How many Livonians have watched Archer, Ant-Man, and Halloween without knowing that Judy Greer is graduate of their city’s own Churchill High School? We’d guess “most of them”. But we bet that someone out there has a 1990 Chargers yearbook in their attic, one that they have no idea could be worth some money – especially if it happened to be signed.

Madonna circa 14-15 years old in her Freshman year book!

We’re not saying that these kinds pieces are big money pieces on their own, but they are historical oddities that are just cool to have in a collection of memorabilia. If they come as part of a larger collection, like these yearbooks did, they can add some spice to the story of it. The Beatles Butcher Cover we talked about last week might get a few more bids from people drawn in by yearbooks featuring Madonna – or vice versa!

As ever, we would love to help you bring your collection to market. It’s quite literally our life’s work to do so. If you’ve got a collection of cool stuff, even slightly off-the-beaten-path stuff, we want a chance to help you out with it! And if you just want to keep reading about cool stuff, Consigned, Cool, & Collected will be here for you every Monday.