1 out of 5 – Would Recommend: A Turkey Day Tradition! 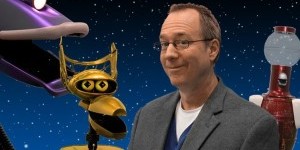 Welcome back to 1 out of 5 – Would Recommend, where this week we’re taking part in a holiday tradition: Turkey Day!

Imagine if you will being stuck across the state from your family on Thanksgiving, because you work retail and Thanksgiving’s becoming more about shopping than turkey. You need to find a way to make the best of it, so you decide to emulate mid-90’s Comedy Central and fill your day top to bottom with Mike Nelson & Pals making fun of bad movies. Here’s how you’d do it.

Also, he’s trying to bring MST3k back, which is cool.

MST3k creator Joel Hodgson hosts a Shout! Factory produced marathon of classic MST3k-eps  every Thanksgiving, which is probably closest to the Comedy Central marathons of old. It doesn’t have any new episode content (yet – see the link to the right for details), though. If you’re into self-curating on a budget, you can always watch some combination of the 24 features/live shows and 38 shorts from RiffTrax or the ten episodes of Joel Hodgson’s Cinematic Titanic (like MST without the puppets) available on Hulu.

My Method & What You Need 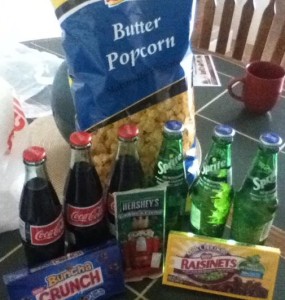 This lets you plan carefully around work schedules or other obligations so as to maximize free time to content ratio.

According to my records, this runs you about $60. Before snacks.

No matter how you celebrate, have a Happy Thanksgiving!

NEXT WEEK: A month of bad Christmas movies kicks off with Santa Claus Conquers The Martians!

Category: TV & MoviesBy Chris WalkerNovember 24, 2015Leave a comment
Tags: 1 Out of 5 Would RecommendMST3KRiffTraxThanksgiving