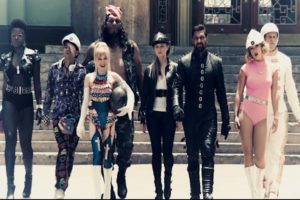 The Death Racers (and their passengers)

Welcome back to 1 out of 5 – Would Recommend, which comes out of retirement this week for one last job. Today, we’re watching the newest entry in a series that, like Spider-Man, has been rebooted twice in ten years – Death Race 2050!

It’s a remake of Death Race 2000, and it follows that plot pretty closely: in the distant future of…thirty years from now, the United Corporations of America keeps its almost entirely unemployed and aging, cancer free citizens happy with the bread and circuses of the Death Race! Racers chare from New York City to Los Angeles, running down fans and unfortunate citizens for points all the way as millions watch via immersive virtual reality rigs. 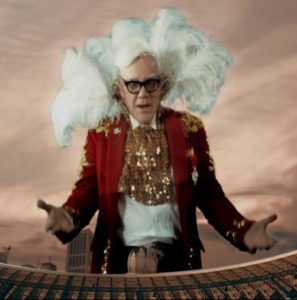 Malcolm McDowell as The Chairman!

Roger Corman is back as producer for this remake from writer/director G. J. Echternkamp. It’s pitch perfect, everything you’d want from a Death Race remake that the other remake didn’t give us.

This movie is a silly good time, absolutely worth your time. 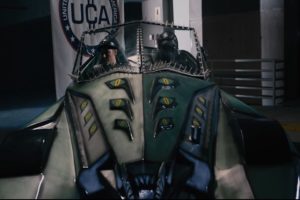 The cars look cooler than in both the original and previous remake.

NEXT WEEK: Tokusatsu Gesundheit gets back on schedule with Kamen Rider World, Super Sentai World, and Toei Hero Daishugō!