1 out of 5 – Would Recommend: Ice Twisters 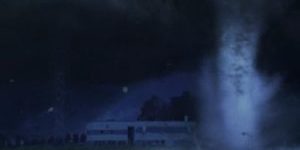 Welcome back to 1 out of 5 – Would Recommend, where we’re doing our best to think cool thoughts. To help with that, we’re watching the 2009 TV disaster movie Ice Twisters.

A government cloud seeding experiment goes slightly wrong and creates a series of freak ice storms that culminate in freezing tornadoes! It’s up to a popular science fiction writer (who is obviously a more badass version of Michael Crichton) and a pair of government weather scientists to solve the problem, along with some pretty 20-somethings who clearly have romantic tension. Boilerplate type stuff for movies of this type.

Steven R. Monroe, a director whose most notable films are the remake of I Spit on Your Grave and its sequel, I Spit on Your Grave 2. While I have not seen those flicks, the late Roger Ebert (whose film analysis I rather respect) had very unkind things to say about the first of them. He is, however, at least a competent professional.

It’s the exact kind of barely passable schlock you expect out of made for TV disaster movies: the plot is nonsense, the dialogue is overwrought, and the special effects aren’t very good. What saves this one is a professional director and a solid actor in the lead, rendering it an entertaining enough bit of background noise for a too-hot summer day. 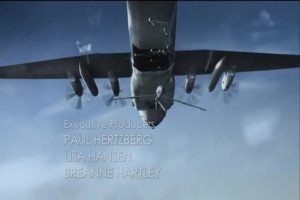 Pictured: How we get new cargo planes.

NEXT WEEK: We’ll get back to enjoying something truly so-bad-its-good, 2006’s D.O.A.: Dead or Alive.