1 out of 5 – Would Recommend: Julie and Jack 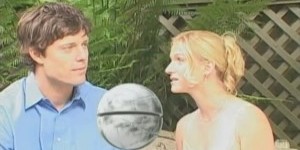 Welcome back to 1 out of 5 – Would Recommend, where our favorite directors are beneath the notice of even the Razzies. We’re examining the 2003 directorial/screenwriting debut of a man with more money than sense, a poorly handled romantic drama that beats you over the head with its San Francisco setting – James Nguyen’s Julie and Jack!

Jack, a hotshot software salesman who’s looking for love (and whose best buddy is just looking for sex), meets the beautiful tech developer Julie via online dating. Their relationship grows steadily until – SHYAMALAN TWIST – Julie breaks it off over Jack’s stubborn insistence they meet in person rather than virtual reality! This kicks off a slightly creepy investigation to find her in the real world, leading to two more poorly conceived twists and a cameo by Tippi Hedren. 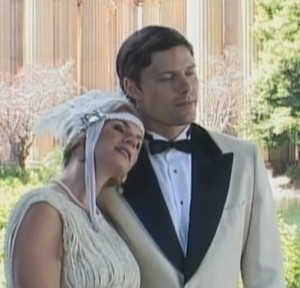 James Nguyen, the visionary behind 2008’s Birdemic: Shock & Terror! This was the man’s very first movie and…well, if anything he got worse at it in the intervening five years. The film does use a lot of the same elements as Nguyen’s more famous work – lots of focus on entrepreneurs and salespeople in California’s tech industry, a best friend for the male lead whose main trait is “Sex Maniac”, a reverence for Hitchcock’s legendary film The Birds, and even a musical number from Damien “Families Hit on Each Other, Right?” Carter.

If you liked Birdemic, this movie is probably even more entertaining – that movie kind of grinds to halt when the actual avian apocalypse begins. However, there’s one problem: You can’t find it anywhere! It’s not on Amazon, eBay, YouTube, pirate websites, hell, the film’s own website says not even word about where to watch it. The only place that has it is, and forgive me for this, is RiffTrax. Which is actually kind of a shame, because the movie is “good” enough to stand without the guys’ commentary. 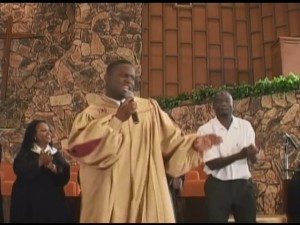 But seriously, Just Hanging Out is a WEIRD song.

NEXT WEEK: From the producers of Space Mutiny comes 1991’s Firehead!

Category: TV & MoviesBy Chris WalkerJanuary 5, 2016Leave a comment
Tags: 1 Out of 5 Would RecommendBirdemicJulie and JackRiffTrax