1 out of 5 – Would Recommend: Retro Puppet Master 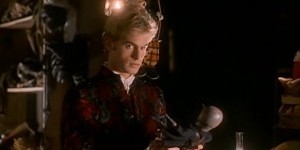 Welcome back to 1 out of 5 – Would Recommend, where no one can hide their past no matter how obscure. Today, we’re enjoying the seventh film in the Puppet Master Franchise, 1999’s Retro Puppet Master!

A young French puppeteer named Andre Toulon is schooled in the arts of magic by a 3,000 year old Egyptian sorcerer. He uses his magic to bring his beloved puppets to life, and they help him defeat resurrected mummies that serve an evil elder god. Credit where it’s due, that’s outside the box.

Full Moon Pictures, purveyors of direct-to-video schlock since 1989. They have produced ten films in the Puppet Master franchise, which places it right up there with Friday The 13th and A Nightmare on Elm Street in terms of movies released – surpassing Nightmare, if you include the crossover with Demonic Toys (Full Moon’s other murderous toy franchise). 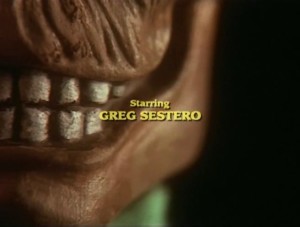 Does anything really “star” Greg Sestero?

However, that’s less important than the “star” of the flick: Greg Sestero, who is most (read: only) famous for playing Mark in The Room. Had it not been for his memoir The Disaster Artist, I’d never have known I had his other major film role in my collection.

Let’s be real, the only reason you’d see out Puppet Master 7 is if A) You’re trying to watch the whole Puppet Master series, in which case good luck or B) You want to be able to say you’ve seen all of Greg Sestero’s starring turns. Either way, the movie’s not offensively bad. Nor is it humorously bad. And it’s a lot better than movies by the modern DTV schlock powerhouse The Asylum. It’s simply comparable to the syndicated original TV movies of the 90’s, with all that the comparison implies. 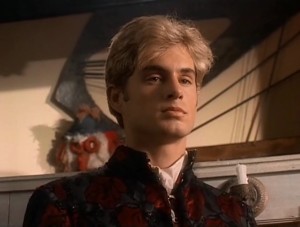 Daaaamn, check out that booty on that chin.

NEXT WEEK: Leprechaun in the Hood! ‘Nuff Said!